Super typhoon Rai is battering the southern Philippines, forcing thousands of people to take shelter amid warnings of widespread flooding and destruction.

The storm made landfall in Siargao, a popular tourist island, packing winds of about 175km/h (110mph).

Power and communication lines are currently down on parts of Siargao, and the UN says 13 million people could be affected by the typhoon.

Flights were cancelled and ports closed because of possible storm surges.

Rai is one of the strongest typhoons to hit the South-East Asian country this year.

“This monster storm is frightening and threatens to hit coastal communities like a freight train,” said Alberto Bocanegra, the local head of the International Federation of the Red Cross (IFRC).

The authorities have reported no deaths or injuries so far.

The Philippines is used to powerful storms – it is hit by an average of 20 storms and typhoons a year.

Super typhoon Goni left a trail of death and destruction in November 2020. It was the most powerful storm to hit the country since Typhoon Haiyan killed more than 6,000 people in 2013. 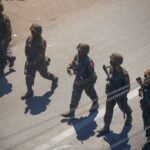 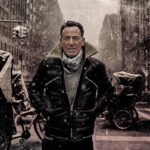