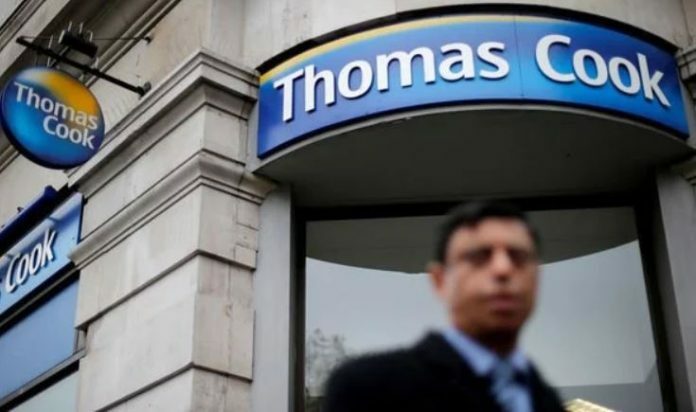 THOMAS COOK has finally announced it has gone into administration after days of panic for customers and employees.

The firm confirmed in a statement that it would enter liquidation with “immediate effect” this morning.

The news comes as last-ditch talks failed to save the company on Sunday night. The 178-year-old travel firm had until 11.59 pm to secure funds to pay off creditors.

In leaked images circulating online, a detention notice had already been posted on an airplane at Manchester Airport.

According to reports from a multitude of travel destinations, holidaymakers have been barred from leaving their hotels due to unpaid fees from the travel agent.

One person told The Sun: “Les Orangers have locked the gates to the hotel and are keeping people hostage.

“Three buses came to take people to the airport and they’ve been turned away.

“They are claiming Thomas Cook hasn’t paid them, so are demanding that we pay them.”

The company’s chief executive, Dr Peter Fankhouser had held a meeting in central London on Sunday in order to try and save the travel agent.

However, the talks proved futile as lenders refused to drop the money required through the winter.

In order to try and return the stranded passengers, ministers had reportedly chartered around 40 passenger jets in order to ferry travellers back to the UK. 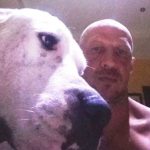 Russian man and his dog found dead on Koh Samui 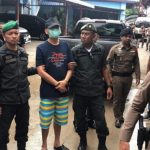