A heartless thief stole a Leicester City shirt from outside the Thai embassy in London- left as a tribute to the club’s owner who died in a tragic helicopter crash.

Footage shows the man, of Asian appearance, loitering around the entrance before snatching the shirt and stuffing it into his rucksack just after 3pm on Monday.

It had been placed there just three hours earlier along with a club scarf and handwritten note in memory of Vichai Srivaddhanaprabha.

The note read: ‘R.I.P Vichai, you made every Leicester fans dream a reality’, the Sun report.

The Thai billionaire was killed after the helicopter which picked him up from King Power Stadium on Saturday night crashed in a car park just seconds after taking off.

The black box recorder from the helicopter has been found and investigators are still carrying out forensic work on the wreckage.

The unprecedented victory sealed him tremendous popularity among fans and players.

Tributes have continued to grow outside the club’s North Stand while a group of Buddhist monks held a service yesterday.

Thailand island to FINE tourists for carrying this common 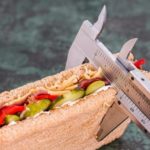