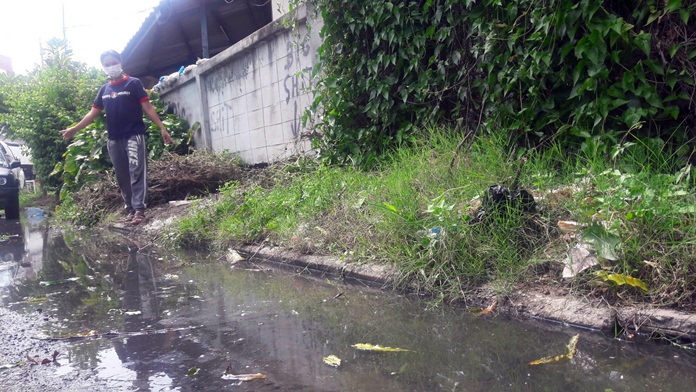 The inspection came after repeated complaints about stinking sewage backing up onto the street during rainstorms for about 200 meters.

Resident Jirawan Pat­tamatin, 39, said the sewers have been backing up for almost four months. The odor is very strong and previous complaints have not brought any resolution to the problem.

Water quality analyst Itthiphol Horthongkam said repairs to both the road and sewers already is on the to-do list, but has been tied up by red tape.

Pattana said he will push through the 32-million-baht budget for the project, which will see new drainage pipes laid and the road repaved with concrete.

Until then, the Sanitation Department will scrape out the clogged sewers.