Home » The vile craze for ‘drugged tiger’ selfies in Thailand

Every day, busloads of tourists are whisked away from their sunloungers to spend an hour or so posing for pictures with unchained, surprisingly docile tigers.

By the time they get back to their seaside hotels and settle down for sunset cocktails, many will have already uploaded pictures of themselves with the animals to Facebook and Instagram, to impress – or appall – their friends back home.

Tiger Kingdom, in Phuket, is one of more than a dozen “tiger selfie” attractions that have sprung up across the Southeast Asian country in recent years, driven by booming numbers of package-tour arrivals from mainland China and India, and the desire for ever more audacious social-media shots.

Along with elephant-riding venues, they provide bite-sized encounters with captive wildlife – albeit at a price.

Tiger Kingdom charges 900 baht (HK$220) per person to pose with a small tiger, plus 500 baht should you need an in-house photographer to take pictures, and offers encounters with newborn tigers for 2,500 baht and with a “giant tiger” for 2,000 baht.

The attractions appear hugely popular with tourists from across the globe, although TripAdvisor posts suggest it is an experience some regret immediately afterward.

“[It] is a tiger jail […] Tigers looked like [they] were drugged,” one Italian tourist wrote after visiting Tiger Kingdom last month. “Never, ever in my life again.”

“Tigers kept mostly in concrete-floor cages. All seemed dopey almost like they [were] drugged up […] Not impressed when asked [by handlers] to pull tiger’s tail […] This is degrading to a beautiful powerful animal […] Disgusted – had to walk out in anger.”

For many others, however, getting up close to a tiger is clearly a highlight of their holiday and the largely positive reviews praising the “awesome experience” and “lifelong memories” of parks such as Tiger Kingdom – which categor­ically denies drugging its tigers – has triggered a campaign by Hong Kong-based Animals Asia Foundation to get TripAdvisor to stop listing the venues.

More than 40,000 people have signed a petition by the charity calling on the world’s largest travel website to stop hosting animal attractions featuring elephant rides and tiger selfies, which, they say, promotes “the exploitation of many thousands of wild captive animals in Asia and elsewhere”.

For its part, TripAdvisor says that delisting such places would be counterproductive, arguing that tourists who are forewarned are forearmed.

Another charity, World Animal Protection, estimates that there are now more than 800 tigers “posing” for selfies in venues across Thailand, and says they endure “a lifetime of suffering starting with early removal from their mothers followed by unrelenting handling and stressful interactions with visitors”.

As they grow, the animals are confined to small, barren cages, chained and subjected to harsh training, the charity says in a report. It also estimates that captive tiger numbers grew by more than 200 between 2010 and 2016 because of the booming popularity of big-cat selfies.

“When they visit tiger venues, people seem to think it’s a great experience for them to take a selfie with a tiger and use the photo on their social media,” says Somsak Soonthornnawaphat, head of campaigns for World Animal Protection Thailand. “They don’t understand the cruelty behind the scenes.

“They do it for a fun photo, but the baby tigers have been taken away from their mothers from a very early age and live in a cage often with a chain. We did a poll and 93 per cent of tourists say they want to experience wildlife tourism because they love animals. They don’t know how they are trained and treated.”

Somsak says most visitors from China and India come with group tours.

“They buy a package and it includes different activities, and one of the top activities is visiting a wildlife venue like a tiger park,” he says.

“Popular parks like the Tiger Kingdom have very good marketing in the country where the tourists come from. They offer good commission to the tour opera­tors and guides, and even taxi drivers as an incentive to bring people to the venues.”

World Animal Protection has launched educational campaigns in China and India, to discourage tourists and tour operators from patronising parks in which captive tigers and elephants are used for entertainment, but Somsak says the scale of the industry surrounding such operations presents a massive challenge.

“In China, there is a very big population and a huge number of tour operators, but only four tour operators have agreed to cooperate with us so far,” he says. “There is still a long way to go for them to understand and offer only animal-friendly venues to their customers.”

Even seasoned observers such as Somsak struggle to understand why the tigers are so passive when they are hugged and tugged by tourists in the selfie parks.

“It’s not natural behaviour,” he says. “Tigers are very strong animals and very active, and don’t usually behave the way you see them behaving in tiger venues.

“We don’t know if they use drugs or not, and we don’t have any evidence that they do. But when they are in the wild, tigers hunt in the nighttime and sleep in the daytime. In captivity, they mostly feed them chickens, and when they are full they don’t react.”

Thailand’s relatively lax animal welfare laws mean there is no mechanism for checking on the health of the animals kept in entertainment venues.

“It is the Thai government’s responsibility to oversee the operation of public zoos, including all the tiger parks, but they don’t visit regularly or check on the tigers’ health,” says Somsak. “They only look at licence issues.

Neale describes the craze for tiger selfies as bizarre.

“People do seem to leave their common sense behind when they get on a plane sometimes,” he says. “Imagine if someone rocked up in Oxford Street, in London, with a tiger and tried to get people to have their pictures taken with it. No one would go near it. But get on a plane and people lose their heads and think if everyone’s doing it, it must be OK. And then, when everyone sees their pictures on social media, they seem to think it must be all right.”

The placid behaviour of the tigers in the parks is “quite amazing”, Neale concedes. “Drugging used to happen a lot and then it got exposed. Whether places are still drugging them and hiding it, I don’t know. A lot of the animals seem fully aware of what’s happening and seem uninterested in the public. I guess it is just due to the fact they hand-rear them.

But that doesn’t make it right from the animal’s point of view. 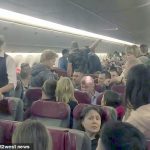