Thailand’s vaccine rollout is evidently a complete shambles due to questionable procurement, supply shortage, and misallocation amid a deadly surge of the Covid-19 “Delta” variant.

The situation has been going from bad to worse with no end in sight as a poorly conceived strategy unfolds into a national calamity.

As public anger mounts with fast-spreading calls for Prime Minister Prayut Chan-o-cha’s ouster, the Covid-19 pandemic is becoming Thailand’s political game-changer more than anyone could have anticipated.

Instead of the youth-led political movement or the parliamentary opposition’s demands for reform, fundamental political change in this country will likely cascade from the Prayut government’s gross mishandling that is claiming lives, inflicting daily hardships, and causing unhappiness nationwide.

When the time comes to pick up the pieces with more abundant and efficacious vaccines with virus control under way, a national inquiry for public accountability will be imperative.

To be sure, it is worth acknowledging that Thailand is not alone in suffering from the coronavirus variants as well as problematic vaccine procurement, quantity, and rollout.

For countries with previously stellar performances during the virus stage last year, such as Vietnam, or with far-sighted vaccine management, such as Singapore, challenges abound.

Vietnam is also slow with its vaccine plan while infections have risen. Singapore has been exemplary in its diversified vaccine strategy but a virus spike has been unavoidable.

Others from South Korea and Japan to Australia and the whole of Asean are behind on vaccinations while the virus and variants keep coming at them.

It can be said that Indonesia’s situation is worse than Thailand’s.

What sets Thailand apart are what appears to be inherent nepotism and vested interests where people suspect there is more than meets the eye behind the country’s vaccination procurement.

For inhabitants of this country, it matters less that other countries are suffering the same conditions, but that the country they live in can and should be doing much better.

Let’s start with the incoming donation of 1.5 million doses of the Pfizer vaccine from the United States government.

In Thailand and many countries, Pfizer and its US-made Moderna peer are preferred over other vaccines, particularly the China-made Sinovac and Sinopharm, and even the British-Swedish AstraZeneca.

But Thailand has had to stick with two vaccine choices.

Thanks to the Prayut government, Thailand is one of just 11 countries in the world that chose not to join the international vaccine cooperation called Covax, which represents 184 members.

For this reason, the US’s Pfizer donation had to go to extra lengths to take place outside the Covax framework.

Pfizer vaccine donations are a new kind of vaccine diplomacy from Washington, offering bilateral goodwill with a better and superior vaccine which could offset latent resentment from the 1997-98 economic crisis when Thailand felt abandoned by its treaty ally.

As the Pfizer donation comes with no strings attached, vested interests are already circling and manoeuvring for a take.

The current policy discussion of a necessary “booster” shot is not about jacking up antibodies with a “third” jab, but all about getting an arm underneath a Pfizer injection.

Since the state apparatus and government leaders are no longer trustworthy, it will be up to civil society and the public to demand and scrutinise to ensure transparency and fair access and distribution.

Frontline medical professionals who merit a third shot and people who have not had a first jab should be given priority.

People should not be prevented from receiving their first jab for increased immunity.

If that first jab is Pfizer, then so be it.

It can almost be guaranteed that the Pfizer supply will be leaked and misallocated to the benefit of those in or with access to power.

The donation of the superior and highly coveted Pfizer also makes people in Thailand wonder why they are stuck with more than 10.5 million doses and growing deliveries of the China-made Sinovac, as a supply shortage continues to hinder the more preferred and internationally recognised AstraZeneca.

That the integrity of Thailand’s Sinovac purchases has been questioned is because Sino Biopharmaceutical — listed on the Hong Kong stock exchange and having CP as a small shareholder, also invested in Sinovac Biotech which produces the vaccine.

Moreover, Sinovac’s efficacy has been questioned.

Singapore early this month was reported to have excluded Sinovac from its national Covid-19 vaccinations, citing inadequate efficacy data for the Chinese-made vaccine, especially against the contagious Delta variant.

Meanwhile, there have been reports of Covid infections in Indonesia and other countries among those who had been fully vaccinated with Sinovac.

Yet the Prayut government has got nothing else to inoculate its people.

Sinopharm, made in China and imported by the Chulabhorn Royal Academy (CRA), has become the third available vaccine. But there is a limited supply and people need to fork out money to pay for it.

The government’s latest move with its vaccination plan is worrying as it might make matters worse.

The government is to approve the mixing and matching of a first Sinovac jab with an AstraZeneca second shot.

Without sound medical science to back it up, this egregious move could be indictable if it ends up in consequent fatalities.

Being stuck with ample Sinovac and some AstraZeneca with none of the superior US-made vaccines, the Prayut government is betting on public safety just to muddle itself out of a poor and dangerous vaccine short-sightedness from the outset.

As the Thailand Development Research Institute (TDRI) pointed out in its recent virus and vaccine assessment, there needs to be a national inquiry to hold those who are responsible for the vaccine mismanagement to account.

It needs to probe further the apparent conspiracy among top policymakers and perhaps healthcare experts, including the Government Pharmaceutical Organisation (GPO).

There must be an investigation into the allegation that whether there is systematic manoeuvring and intention behind keeping up the steady Sinovac orders and demurring on other vaccine choices.

As the pandemic continues to run its course, political rumblings and combustibility in Thailand will not be far behind.

A PROFESSOR AT CHULALONGKORN UNIVERSITY

A professor and director of the Institute of Security and International Studies at Chulalongkorn University’s Faculty of Political Science, he earned a PhD from the London School of Economics with a top dissertation prize in 2002. Recognised for excellence in opinion writing from Society of Publishers in Asia, his views and articles have been published widely by local and international media. 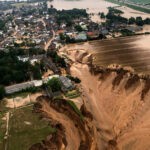