The Energy Regulatory Commission of Thailand may increase the fuel adjustment tariff (FT) rate for electricity,which will drive up the price of electricity, from 4 baht to 5 baht per unit, from September through December.

Rising fuel costs and the inflation and exchange rates over a certain period of time will be taken into account when calculating the new FT rate, which is expected to be increased to 90 satang – one baht per unit when the commission meetsthis week.

It was pointed out that the price of LNG (liquefied natural gas), which is the main source of fuel for electricity generation in the country, has increased from about US$20 per million BTU, during the last quarter, to about US$30 per million BTU this quarter.

In addition, it is still unclear when LNG production, from the Erawan offshore field in the Gulf of Thailand, will resume normal output, after the change of concessionaire from US-based Chevron to PTT Exploration and Production Plc (PTTEP).

Chevron has operated the Erawan gas block since 1981.

In December last year, Chevron and PTTEP signed multiple agreements aimed at facilitating the smooth transition of the operation of the offshore Erawan gas condensate field to PTTEP.

PTTEP also won the concession to operate the Bongkot field, starting next year.

Erawan and Bongkot have a combined production capacity of 2.11 billion cubic feet of gas per day. 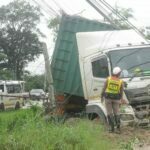 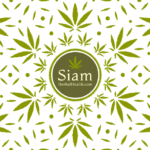