Home » Thailand woos tourists back to Phuket, but is it worth the risk? 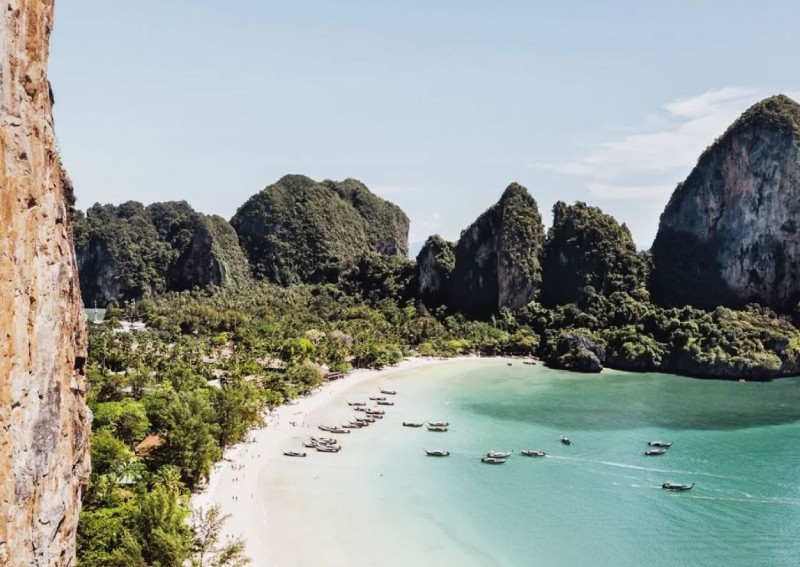 American writer Mark Weyant had been planning an extended getaway to Thailand’s sun-soaked tourist island of Phuket for over a year, aiming to finish writing a screenplay and complete a diving certification over a three-month period.

But a Thai government plan to grant visas for foreigners who want to stay in Thailand for up to nine months could mean he could travel to Asia as planned, rather than be forced to look elsewhere.

Thailand’s borders have been closed to most foreigners since late March as the kingdom battled the Covid-19 pandemic but it is now finalising a scheme rumoured to start on Oct 1 called Safe and Sealed, which would confine tourists to a particular resort or area with a defined perimeter for a 14-day quarantine, allowing them to leave their rooms.

Those who complete three weeks on Phuket and test negative after several tests would be allowed to travel to other Thai regions, offering a potential lifeline for a tourism-reliant economy that is tipped to contract by a record 8.5 per cent this year.

“It would probably save my trip,” said Weyant, who is based in Philadelphia.

However, while the scheme may offer a ray of sunshine to an industry otherwise mired in gloom, doubts are already creeping in over its safety and effectiveness.

Critics point to other economies that have seen resurgences of the virus after reopening to tourists and returning residents, questioning whether the Oct start is rushed and whether there has been sufficient attention to detail.

Others wonder how much of an impact the scheme can make given the limitations visitors will still face.

Last week, Prime Minister Prayuth Chan-ocha said only a “small number” of foreign visitors would be allowed to “test our system”, while the deputy army chief said later that the number would be limited to just “hundreds” of people.

That something needs to be done is largely accepted, given tourism accounts for up to 80 per cent of Phuket’s economy on some estimates.

Shuttered shopfronts and darkened restaurants now line the once-thronging beaches of Patong, Karon and Kata and many people see the return of at least some travellers as the only hope.

While the government has tried to promote domestic tourism with a campaign to foot 40 per cent of travellers’ hotel bills, local trade just does not fill the hole vacated by the hordes of foreigners from more chilly climes who once visited Phuket for a much needed dose of sunshine.

More than 6.7 million Europeans visited Thailand in 2019 and contributed 461 billion baht to the Thai economy, according to government data.https://www.youtube.com/embed/DIjQQA_KC2Q?feature=oembed

Customers accounted for 95 per cent of his business in pre-pandemic times. “It is really hard to generate any income from [domestic tourists], as most of them travel with their own car,” he says.

“My main group of clients [used to be] the long-stay guests [from overseas] running away from cold in winter,” says Pattaraboonsop. “I hope that the Safe and Sealed model will bring this group of people back.”

Bill Barnett, managing director of C9 Hotelworks, a consultancy that provides data to the hospitality industry, says it is exactly this “legacy snowbird market” that Safe and Sealed is aimed at.

He describes the plan as a baby step to restoring trust among Scandinavians, Russians, Britons and Germans who would once visit for up to six months at a time.

“As soon as it starts to snow in Europe you’re going to have people who want to travel again over the winter,” he says.

Others are more sceptical. Willem Neimeijer, the founder of Khiri Travel, says the obstacles to Safe and Sealed are “high cost and low trust, not a great combination in any marketing effort” and doubts Thailand can compete with countries such as Greece, Spain, Costa Rica and the Maldives, all of which would be easier to enter.

“I do not see how we could add value,” he says.https://www.youtube.com/embed/t5Xp_DM-i84?feature=oembed

A lack of clarity

Others question the details of the scheme.

Which hotels will be certified for the Safe and Sealed programme and what other costs visitors might face have not yet been made public.

Consequently, it’s not clear even which businesses stand to benefit.

For travellers like Weyant, that leaves a big question mark over cost. “The places that are offered right now for quarantine in Phuket are extremely expensive compared to Bangkok and Pattaya,” he says. “It would be more encouraging if there were a range of options.”

Businesses too, are largely in the dark.

Femke Beekers, country head in Thailand for Elite Havens, a luxury villa management company, says many villa owners and repeat guests “would love to return” and “are very keen” for the programme to start.

She believes her company is well placed to benefit, as isolation and social distancing is relatively simple in an individual villa.

However, she has questions about how it might work. “Obviously everyone – guests and staff – wants clarity about the programme and details about how it will operate”.

Winning over the locals

Even if the details were clearer, many Thais remain cautious about putting at risk the country’s impressive record in containing the disease.

Thailand has not had a locally-transmitted case for more than three months. As of Monday, it had recorded just 3,412 cases and 58 deaths nationwide – of which Phuket accounted for 227 infections and three mortalities.

The local English-language news outlet The Thaiger has been a vocal critic of Safe and Sealed.

“Nothing in this plan will assist the vast majority of Phuket hotels and tour operators,” it said in a recent editorial that demanded the government do more to prepare before beginning the scheme.

The outlet was reflecting the views of many locals such as Phuketian office worker Sirilak Manoon, who says that while she understands economic threats facing the island she remains unconvinced that Safe and Sealed is the solution.

“I know that people are struggling with their financial situation,” says Manoon, “but this really needs a good and well-managed plan. This coming Oct seems too soon for welcoming back tourists.”

For her, the priority should be keeping the island free from Covid-19. She also questions details such as how the interaction between tourists and hotel workers will be managed.

The government has said hotel staff would be required to stay in the Safe and Sealed area, but has been unclear about under what circumstances they might be able to leave.

However, Manoon is not opposed in principle. “I would agree with any model that can ensure the safety of people,” she says.

Marisa Sukosol Nunbhakdi, president of the national Thailand Hotel Association, says Manoon’s reticence is shared by many locals and that “at this moment, Thai communities are not ready for Safe and Sealed”.

While she believes the plan will ultimately be viable, she thinks that for the time being more stringent measures – such as confining travellers to hotel rooms for two weeks – would be a safer way forward.

Michal Zitek, Area General Manager of the Angsana Laguna Phuket hotel, says informing islanders of the benefits of reopening is crucial to the programme’s success.

At present, he says, businesses not solely dependent on travellers – such as those in retail – might see reopening as an unnecessary risk.

Authorities “haven’t quite managed the community engagement buy-in yet,” he says.

However, Anthony Lark, president of the Phuket Hotel Association, points out that the effects of the lull in tourism go far beyond the industry itself.

“One of our main concerns is that there are obviously thousands of young hotel staff members who were working in Phuket now furloughed or out of work,” he says.

“These kids have families to support and often directly fund the daily needs of their parents and grandparents. We estimate 50 per cent of the staff in Phuket hotels are not actually from this province. Many have gone home, without work.”

If hotels see a promise of business returning, they would start to rehire staff, according to Lark. But again that would require planning. Still, even if the locals can be convinced, hurdles remain.

Frank Grassmann, general manager of the Nai Harn at the island’s southern tip, says his hotel is unlikely to benefit from the scheme because long-stay customers do not pick luxury hotels and even if they did he would have to close the whole resort to qualify as ‘Safe and Sealed’.

Another limitation will be getting tourists into the country in the first place as international passengers will have to fly directly into Phuket. Thai Airways’ regular international flights have been grounded since April.

However, the airline has announced six international routes to Phuket will resume from Nov; from Hong Kong, South Korea, Japan, Denmark, Germany and Britain.

Even so, “it’s not going to save tourism”, admits Barnett of C9 Hotelworks. “But it’s a step in the right direction.” 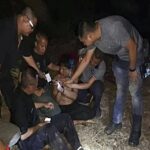 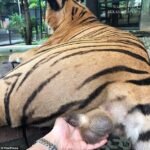