Thai authorities will prosecute a man and woman for violating the country’s Computer Crime Act after posting information on social media the so-called Anti Fake News Center deemed to be false. The disputed posts reportedly included a misleading video clip of a person suspected to have contracted the virus at the coastal city of Pattaya, a popular tourist destination.

Launched last year, the Anti-Fake News Center aims to target false information being spread online and prosecute individuals responsible. Activity in the center has in recent weeks gone into overdrive, as authorities seek to clamp down on false reports of infections that can rapidly create disorder and unwarranted behavior among those fearful of contracting the disease.

The arrests come days after police in Malaysia arrested five individuals, including two pharmaceutical assistants and a university student, for allegedly sharing misinformation about the virus on social media.

Some of the misinformation shared included conspiracy theories about how the virus first spread, as well as false reports of confirmed infections. They were detained under Malaysia’s Communications and Multimedia Act 1998, and if convicted, could face a maximum fine of up to around $12,200 and up to one year in jail.

The large majority of cases directly originate from the city of Wuhan, in China’s Hubei province, where the virus broke out earlier this month. Over 10,000 people have now contracted the virus in China, while there were 213 fatalities as of Friday afternoon. At least 13 cities are also on lockdown in a bid to contain the spread of the disease.

Researchers in Hong Kong published a study on Thursday that suggested the real number of infections could be ten times what Chinese officials are claiming, as Beijing seeks to calm the international community about the outbreak’s severity.

On Thursday, World Health Organization chief Tedros Adhanom Ghebreyesus declared the virus a global health emergency, having initially been reluctant to do so.

President Donald Trump issued a mandatory quarantine for U.S. citizens who have visited Hubei province in the past fortnight while denying entry to foreign nationals who “pose a risk of transmitting” the virus in the U.S. 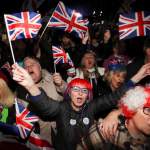 Britain Leaves European Union but Brexit far from over 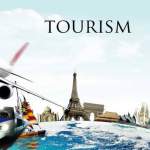