Neither territory is among the 78 low-infection countries currently approved for the sandbox scheme, while Malaysia is not permitting its citizens to travel abroad, said Nongyao Jirandon, who heads TAT’s office in Kuala Lumpur.

However, daily Covid-19 cases in Malaysia have fallen below 15,000 – around the same infection rate as Thailand – while Indonesia’s infection rate has fallen even further.

Malaysia has now fully vaccinated almost 80 per cent of its adult population against Covid-19 and expects that figure to reach 100 per cent in October.

The top Thai destination for Malaysian travellers in 2019 was Songkhla province, (2 million visitors), followed by Bangkok (600,000), then Krabi, Phuket and Chiang Mai.

The TAT is focusing its marketing effort on Malaysian day-trippers travelling across the southern border in cars, said Nongyao.

Thailand classified Indonesia as a high-risk country when the Phuket sandbox launched in July since new cases then averaged 60,000 per day.

However, Indonesia’s daily caseload has fallen to below 3,000 over the past week.

He expects the Indonesian tourism market to recover from February 2022.

Indonesia AirAsia is set to launch three daily flights on the Jakarta-Bangkok route and four on the Denpasar-Bangkok route from November to December, in time for Thailand’s planned quarantine-free reopening to foreign travellers. 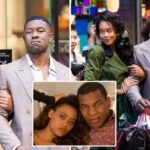 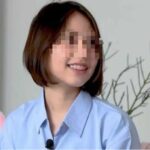