Home » Thailand on a Bumpy road to recovery 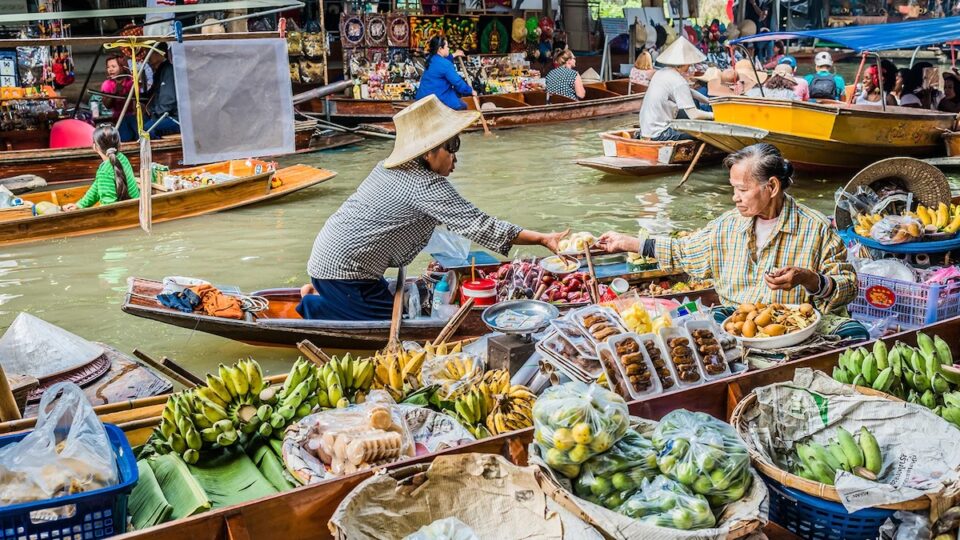 Even as Thailand continues on its path to economic recovery in the fourth quarter, buoyed by tourism and domestic consumption, businesses are still unnerved by pressing challenges, including high inflation, a weaker baht, surging energy prices and flooding, which could hamper the rebound.

Tourism is perceived as one of the few engines pushing recovery this quarter, driven by the high season, with foreign arrivals expected to reach 9.5 million this year and surge to 21 million next year, based on the Bank of Thailand’s estimate.

Many businesses are hopeful the fourth quarter offers promise in terms of earnings after pandemic restrictions were eased, with the festive season spurring spending.

The economic research office of CIMB Thai Bank (CIMBT) upgraded its growth forecast this year to 3.2% from 3.1%.

The bank projects the economy to post growth in the third and fourth quarters, said Amonthep Chawla, head of CIMBT’s economic research office.

The office said downside risks in the fourth quarter include an uneven economic recovery, the slow decline of inflation, the energy crisis in Europe, the US Federal Reserve’s acceleration of interest rate hikes and the Chinese yuan’s depreciation.

Mr Amonthep said the hotel, restaurant and retail sectors have reported improving revenue after the country’s reopening to welcome foreign tourists. Manufacturing for export also expanded in line with demand for processed foods and farm produce. These trends should continue from the fourth quarter to next year, he said.

However, the recovery is only occurring for those helped by the country’s reopening, said Mr Amonthep.

Although farmers are earning higher income, their net profit has been eroded by rising production costs. And while the tourism sector has recovered, the recovery is limited to a few destinations, he said.

The majority of manufacturers are expected to pass costs on to consumers in the fourth quarter, in line with the economic recovery and an uptick in purchasing power, said Mr Amonthep.

CIMBT’s research house predicts inflation of 6.2% this year, falling to 2.9% next year.

Flooding remains a concern for businesses weighing the likelihood of an economic recovery. Onnucha Hutasingh

Thailand may post a recovery in the fourth quarter, but damage caused by ongoing flooding and the prospect of a global economic slowdown prevent the Federation of Thai Industries (FTI) from adopting a jubilant mood.

Kriengkrai Thiennukul, chairman of the FTI, agreed with the Joint Standing Committee on Commerce, Industry and Banking (JSCCIB) assessment last week that the tourism industry will play a key role in driving the economy.

The JSCCIB inched up its 2022 GDP forecast, expecting the economy to grow by at least 3%, up from 2.5% earlier.

The increase in foreign arrivals, expected to total 9-10 million this year, will benefit employment and increase workers’ income, eventually helping businesses and households better cope with the higher costs of living, said the committee.

Yet there are negatives that can affect GDP that must be factored in, said Mr Kriengkrai. Severe flooding has already caused up to 10 billion baht in damage in many inundated provinces countrywide, according to the JSCCIB’s estimate.

The flood waters not only ravaged roads and homes, but also dented the income of farmers whose land is submerged, he said.

The FTI is worried flooding will hinder a recovery, with an economy stymied since Covid-19 hit Thailand in early 2020.

In addition, there are signs of a looming global economic slowdown, making the fourth quarter likely chocked with challenges for the manufacturing sector, said Mr Kriengkrai.

A surge in global energy prices as a result of the Russia-Ukraine war is attributed for driving up inflation in Thailand and several other nations.

The number of international visitors surpassed 6 million in the first nine months. by Somchai Poomlard

GET READY FOR RECOVERY

Sanan Angubolkul, chairman of the Thai Chamber of Commerce, said Thailand still has ample opportunities despite the crisis and he believes 4% growth can be achieved in the fourth quarter, leading to a full-year growth rate of 3-3.5%.

The chamber is bullish on the economy maintaining growth momentum until next year, with a growth rate of 4% in 2023, he said.

“The economy is pointed towards a revival, with the tourism sector rapidly improving as foreign arrivals continue to exceed expectations.”

In the first nine months of 2022, the tally was roughly 6 million foreign tourists, with an estimate of 1.5 million arrivals per month for the remainder of the year, which is the high season.

The weak baht is expected to greatly benefit tourism, while the government’s announcement lifting the nationwide state of emergency and downgrading Covid-19 to endemic on Oct 1 should help to create a better atmosphere, said Mr Sanan.

He said a hike in the daily minimum wage will definitely help the purchasing power of the 10 million eligible workers in the fourth quarter, while a boost in the agricultural sector can increase domestic consumption in that period.

Mr Sanan conceded the export sector may feel the pinch of a global economic slowdown in the final quarter. However, exports posted strong growth of 11% year-on-year in the first eight months of 2022, he said.

Export growth for the whole year is estimated at 7-8%, with concerns about high inflation easing as the rates have likely peaked, said Mr Sanan.

“Entrepreneurs are advised to rev up preparation of prudent and effective plans to cope with higher production costs, as well as risk management measures including sufficient working capital in anticipation of an economic recovery next year,” he said.

LOOK TO NEXT YEAR

Sisdivachr Cheewarattanaporn, president of the Association of Thai Travel Agents, said the tourism sector has no great concerns in the fourth quarter unless the war in Ukraine escalates.

He said flooding and severe weather in many provinces have disrupted tourism sentiment in the short term, but it should not have a critical impact similar to the 2011 floods, which caused damage worth 1.43 trillion baht, according to the World Bank.

Mr Sisdivachr said it is too soon to predict tourism losses from floods this year as the monsoon season is not over.

He predicted the government goal of 10 million tourist arrivals this year might be hard to reach.

According to the Tourism Authority of Thailand, the number of international visitors surpassed 6 million for the first nine months.

In addition to Bangkok, tourists often flock to certain areas during the high season, such as Phuket and Krabi in the South, most of them from Europe, said Mr Sisdivachr.

As of September, more than 3.69 million tourists arrived via Bangkok airports, whereas Phuket airport received 828,684 tourists.

Although Chinese President Xi Jinping confirmed his attendance at the Asia-Pacific Economic Cooperation summit in Bangkok next month, Mr Sisdivachr said inbound tourists from the mainland might not follow in the short term because of the zero-Covid policy.

“Not many of them will come, other than those invited to the conference, which is a small number,” he said

Mr Sisdivachr said the tourism industry should look to next year instead.

As other Asian countries open up, led by Japan this month, this poses another challenge for Thai tourism as competition to lure tourists will be intense, he said.

Pakorn Peetathawatchai, president of the Stock Exchange of Thailand, said Thai listed firms are still strong fundamentally with the capability to post continued profits amid global uncertainties. The business sector has adjusted and performed well during the Covid crisis, currency fluctuations and intensified geopolitical tensions, he said.

If listed companies can manage production costs efficiently, profit margins can grow even if revenue may not rise. However, if oil prices continue to surge, that could be a concern, said Mr Pakorn.

He said the country still has high foreign reserves and an economic recovery is projected, thanks mainly to the rebounding tourism industry.

The Thai economy’s fundamentals are strong and the business sector can grow despite domestic political uncertainties, said Mr Pakorn, but if politics stabilise, it will be better for the economy.

In the fourth quarter, domestic consumption is expected to improve because the country full reopened, with more economic activities and higher tourist arrivals, he said.

“We are in an unusual situation — after almost three years of the coronavirus crisis, we have high inflation, rising interest rates and emerging business risks such as climate vulnerability, all of which companies must manage carefully. But I believe the business sector will survive all these crises,” said Mr Pakorn.

Kobsak Pootrakool, chairman of the Federation of Thai Capital Market Organizations, said a perfect storm is forming and “we haven’t reached the bottom of the economic crisis”.

Every country is affected by currency volatility and depreciation. For Thailand, the value of exports has declined three months in a row, probably because other currencies are weaker, he said. In addition, purchasing power in the global market has decreased, said Mr Kobsak.

After the Bank of Thailand raised interest rates for the second time, commercial banks began to adjust accordingly, meaning the country is in an era of rising interest rates, he said.

However, other countries have lifted their rates much more, so the impact of rate hikes in Thailand is reduced compared with other countries, said Mr Kobsak.

“This puts the Thai private sector in a better position to adapt in this regard,” he said.

The recovery still needs Chinese tourists as well as strong domestic purchasing power and consumption, he said. However, the purchasing power of low-income earners is still in crisis because of rising household debt, said Mr Somchai.

He expressed hope for the fourth quarter signalling a recovery as the pandemic has eased and a string of activities and projects are planned for the festive season.

“November could see travel restrictions for Chinese outbound tourists eased, and Thailand has traditionally been one of their favourite destinations,” Mr Somchai said.

Though Thailand is entering recovery mode, the country still faces a myriad of challenges, including high inflation, tepid purchasing power, increasing interest rates, a weaker baht and flooding, he said.

“It is hard to speculate when the country will see real recovery,” Mr Somchai said.

He said the telecom sector is expected to record annual revenue growth of 2-3% in 2022, but operational expenses could rise by 7-8%. The sector has experienced a decline in profit margins because of intense investment for network expansion.

Meesak Chunharuckchot, president of the Thai Real Estate Association, said the economic recovery many predicted in the fourth quarter may not be as strong as forecast because of the global recession.

“People will tighten their belts because of rising costs of living and inflation. They will be more cautious about buying, and as a result exports may not grow as expected,” he said.

Mr Meesak said the Thai economy relies on exports, which are focused on traditional industries, while emerging sectors related to technology remain ignored. New growth engines take time to develop and several regulations need to be amended to allow the country to reap the benefit, he said.

“We should create a new engine to offer hope,” said Mr Meesak. “We have pinned our hopes on the tourism sector, which is the same as every country in this region.”

Every nation in the region has seen its currency depreciate, meaning Thailand has no advantage in drawing foreign arrivals. He said the tourism industry alone is not strong enough to boost GDP growth.

The property market should improve this quarter because Covid restrictions were relaxed, said Mr Meesak. 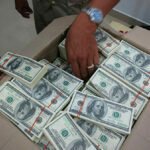 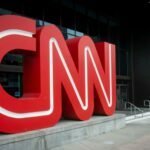 CNN reporters deported from Thailand for having incorrect visas