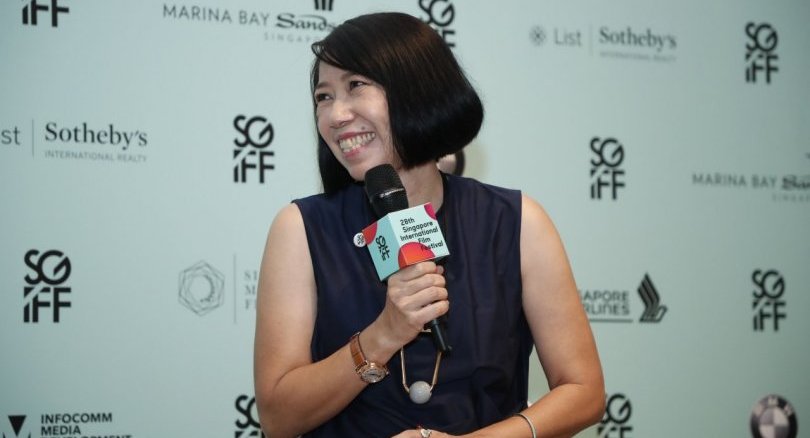 The new programme director of the Singapore International Film Festival talks about what is required to put Thailand back on the festival map.

When it comes to the world of film, there is little that Pimpaka Towira hasn’t done except actually star in front of the camera.

The first Thai female director to gain international recognition for her short and full-length feature films, she’s worked as a film journalist, a scriptwriter, a film distributor and a festival director and programmer. Most recently, she donned an international hat, signing up as the programme director of the Singapore International Film Festival on a three-year contract.

“It’s a challenge and I wanted to try so I applied for the job,” says Pimpaka.

This year marked the first time that the SGIFF had throw invitations for the job to non-Singaporeans. Pimpaka’s application impressed the organising committee. After a virtual interview with the festival team, she was selected as the festival programmer. The past few months have seen her working closely with the SGIFF team led by the event’s executive director Wahyuni A Hadi, the wife of Thai filmmaker Aditya Assarat.

Pimpaka learned she had been accepted for the post in early July and started work in August. She relocated to Singapore in September, joining her Singaporean counterparts and discussing the programmes that has already been chosen for the festival’s programme before putting her efforts into shaping the festival and the competition categories.

“Because I had little experience with local audiences, my task involved making the festival engaging to a larger cross-section of viewers and not just movie fans,” she says, adding that she found working in a new environment very stimulating.

Pimpaka replaced festival director Zhang Wenjie, who left earlier this year after being with the organisation since 2014.

“Here they work hard and I have learnt that making an international film doesn’t only mean to represent a (host) country but that it must represent the region as a whole. Likewise, a film festival doesn’t mean screening and watching films; it should go further than that, it should be a platform to create dialogue and networking among not just filmmakers but with everyone so that cinema moves forward in the region as a whole,” says Pimpaka.

“The SGIFF in essence asks why we have to go to cinemart events in Europe to find financing and partnerships. It shows that we can meet in Singapore and identify collaboration in this region,” she adds.

Using a film festival for regional networking is nothing new. Pimpaka explains that she organised discussions and platforms for information sharing while working as programme director of both the Bangkok Film Festival and the Bangkok International Film Festival. In both cases, she was in charge of the South East Asian Panorama and also the SEA competition.

“Thai film has achieved international success on the festival circuit as well as commercially so we have enough material and the qualifications to be leaders in the film festival arena in this region. Yet we can’t do it because we don’t have long-term planning or the continuity that they have in Singapore. We Thais don’t have the same mindset as the Singaporeans. Working at the SGIFF offers a great opportunity to look at Thailand and see what we are lacking,” she adds.

Known for its efficiency, Singapore has the right environment to make its festival better and better. Support for the event is strong and the organisers have the determination and professionalism to turn the SGIFF into the festival hub of the region.

“It’s very satisfying to see how everyone works together to get festival up and running. Everywhere I go, I meet people from very part of society who are willing help the festival,” she says.

Cinema in the Asean region has been going through a rough patch in recent years, except in Indonesia, which continues to put out successful movies. And with stiff competition coming from the streaming networks, Pimpaka says it’s important for the Asean film industry to work together if it is to survive.

“We can’t survive if we do it alone because to the rest of the world, Asean films look the same. Co-productions say between Thailand and Singapore or with the Philippines could make all the difference and a festival should provide the platform to make that happen,” she says.

Most of the major film festivals in Thailand fall under the umbrella of government offices and usually have little engagement with the film industry sectors. The lack of commitment, continuity and a clear vision in the festival concept have resulted in the festivals struggling to survive, in direct contrast to the SGIFF, which is now in its 28th edition. After a brief hiatus, it was relaunched in 2014 and in just three short years has established itself as the hub of the Asean region.

“I believe Thailand can do it but it will require a lot of effort to reshape the organisers and push them to work more professionally. Right now, we don’t have the sort of engagement that’s required as we all feel that the film festival is just a government-run event to promote Thai movies. We must move beyond that mindset,” she says.

A graduate in film from Thammasat University’s Faculty of Journalism and Mass Communication, Pimpaka worked for a while as a journalist for Manager and The Nation before being taking on as the festival programmer and director of the Bangkok Film Festival, which was sponsored by The Nation. She also worked for the short-lived Bangkok International Film Festival and was programme director for the Bangkok ASEAN festival from 2015 to 2017.

In between, she made the short film “Under Taboo” and the internationally acclaimed “Mae Nak” in 1997. Her first independent feature, “Khuen Rai Ngao” (“One Night Husband”) followed. Her most recent outing was the movie “Mahut samut lae susaan” (“The Island Funeral”), which won her an award in the Asian Future category at the Tokyo International Film Festival.

In 2009, she was recognised by Thailand’s Culture Ministry with a Silpathorn Award 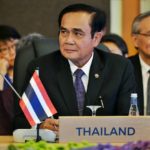 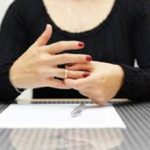 Thai psychiatrists provide counseling on marriage in terms of divorce.