The 2021 report did not provide details of the slide, but Thailand was far below the global average score of 45.

The anti-corruption agency only said countries in the Asia-Pacific region needed to make more effort to tackle corruption.

Singapore was the top performer in Southeast Asia and fourth least corrupt in the world with a score of 85. Malaysia was also ahead of Thailand, at 62nd with 48.

Denmark, Finland, New Zealand shared the top position with a score of 88, while Norway and Sweden were placed equal with Singapore.

The most corrupt country, according to Transparency Interantional, was South Sudan, at last place among 180 countries. Its score was only 11.

The rankings of other members of the Association of Southeast Asian Nations were below Thailand. Brunei was not in the survey. Cambodia was last in Southeast Asia at 157th, 17 positions below Myanmar.

The Corruption Perceptions Index, compiled annually since 1995, ranks countries and territories based on perceived levels of public sector corruption, according to surveys of experts and businesspeople.

The index uses a scale of zero to 100, with zero meaning highly corrupt and nations scoring close to 100 points being almost free of corruption. 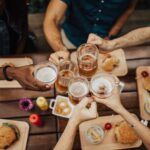 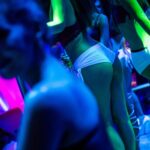