Home » Thailand claim to have arrested 45000 foreigners on overstay 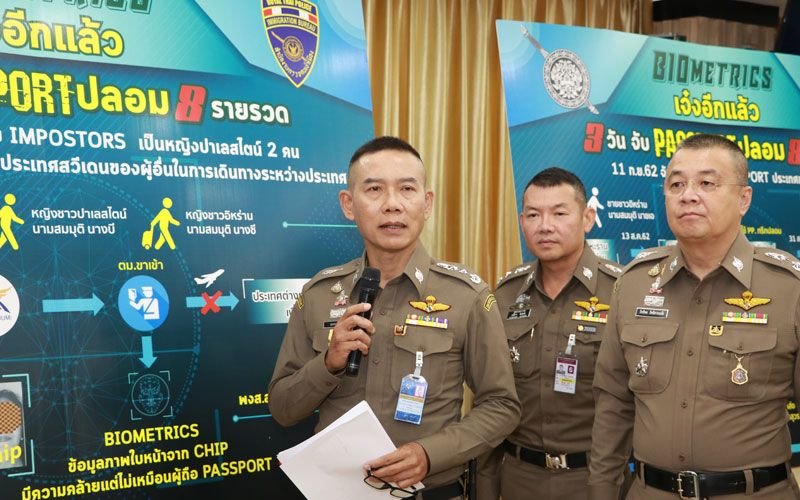 Thailand’s immigration chief has hailed the new biometrics system that has been installed in the country saying that the international standard system is making Thailand look good.

It has resulted in thousands of arrests and also in millions of baht in fines to help pay for the 2 billion baht system.

At a press conference at the weekend, there were several vinyl boards to add to the hype and the word “biometrics” was everywhere along with “jeng eek laew” – referring to it as a “cool” system that strikes again.

As evidence of this Lt-Gen Sompong “Big Oud” Chingduang announced the arrests of eight foreigners using Thailand as an intermediate country to travel to destinations like asylum in the UK and work in South Korea.

In the first case on September 11th three Iranians – father and children – were stopped in Thailand on fake Greek passports they had bought for 50,000 Euros (1.7 million baht) in Turkey.

They were heading to the UK via Thailand.

Later the same day another Iranian using the same route was stopped. In these two cases two of the passports showed up via biometrics as having been on an Interpol stolen list.

On the 12th a Syrian man and two Palestinian women used Thailand as a third country to travel via Abu Dhabi using fake Swedish passports bought at a cost of 12,500 Euros or 375,000 baht each.

Friday the 13th proved unlucky for a Nigerian who was no match for the biometrics system.

Mentioning his skin color as “black” Naew Na said that he was travelling on a fake South African passport he had got from a South African agent in Turkey.

The Nigerian had gone to Qatar and was travelling through Thailand on his way to work in South Korea when he was stopped.

Lt-Gen Sompong said that the biometrics system had checked a total of 17 million people so far finding 1,123 on blacklists, 45,669 overstaying in Thailand and resulted in immigration coffers being swelled by 81 million baht in fines. 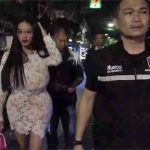 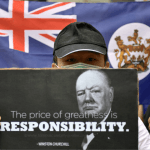 Hong Kongers Ask Brits to Protect Them from Communist Regime