Leading Thai analysts have come up with a new scapegoat to blame for the country’s tourism problems in the shape of this year’s Euro 2020 football tournament.

Kasikorn research institute said that the tournament was a fresh challenge facing Thai tourism, according to Thansettakij.

It appears that Europeans will be shunning Thailand in favor of staying in Europe for the Euros that will be held across the continent midyear.

Also, those who think the Thais should lower their prices are set to be disappointed – the analysts advised against that strategy.

Other problems detailed by the analysis was the world economy and the fact that people were generally travelling less.

Then there was the unsettled situation in the middle east and the price of oil.

They predicted that foreign visitors would be up 2-3% in 2020. This represents the slowest growth in 6 years.

The small increase would largely be because of Asian and ASEAN neighbors visiting Thailand.

They spend less than people like Europeans, those from Oceania and the Middle East, said the analysts, so this would mean less spending increases too.

They predicted that most of the spending would go on new experiences rather than goods.

They advised the industry not to engage in a price war but rather to concentrate on quality, better technology and diversification. 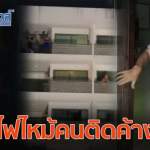 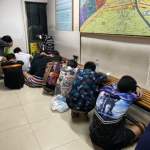