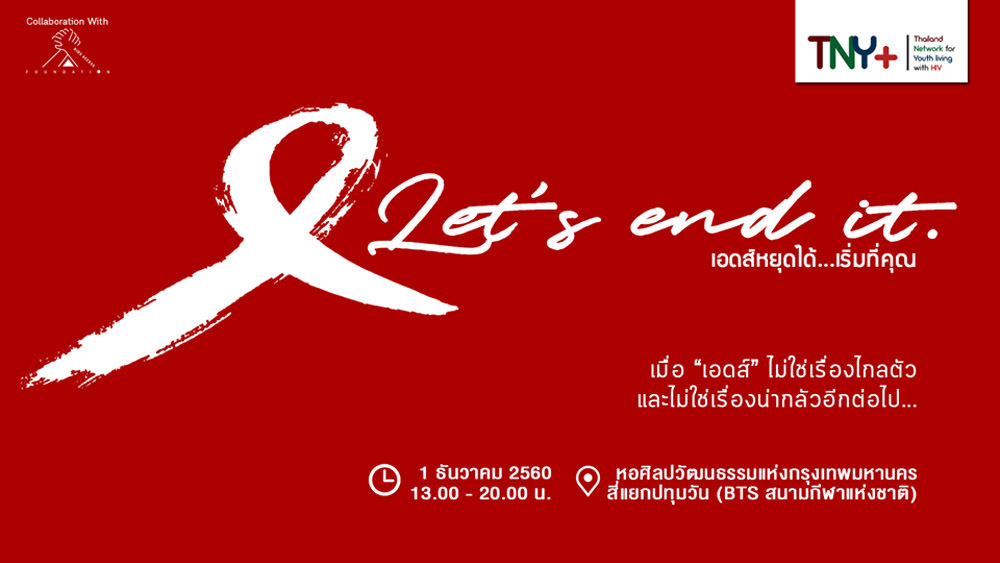 TODAY MARKS World AIDS Day and the worldwide goal of stamping out Aids by 2030.

In Thailand, relevant authorities are working to do their part, but Aids Access Foundation director Nimit Tien-udom believes more needs to be done to realise the goal within the next 13 years. “Let’s me make it clear that to achieve that goal, we can’t focus on just main at-risk groups,” he said. He said Aids was a threat to every person who did not use protection. “The HIV infection rate among pregnant women and 21-year-old male conscripts has ranged between 0.5 and 0.7 per cent annually during the past five years.

It has not dropped,” Nimit said. He said he believed those figures reflected that safe sex was not being practised among these groups or within families. Nimit’s concerns about the possibility of greater prevalence of unsafe sex appears to be supported by public health data. According to statistics compiled by Bangkok Metropolitan Administration (BMA), the number of syphilis cases per 100,000 people in Bangkok rose from 2.13 in 2012 to 11.49 last year. It is estimated that about five people in Bangkok catch HIV each day.

He also highlighted another alarming fact – a survey showed half of vocational students and Mathayom 5 students did not use condoms when having sex. “The condom-use rate among female sex workers has also reduced from 90 per cent to 80 per cent. All these things are worrying,” Nimit said. Phayao public health chief Dr Kraisuk Petcharaburanin said there were signs that the Aids threat had been growing in his province in recent years.

“Last year, our HIV-screening tests covered 5,108 people and 198 of them tested positive,” he said. In other words, he said, 3.87 per cent of people tested were infected. “Some HIV-positive people still feel physically strong. This reflects that some people out there may be HIV-positive but are unaware of their infections,” he said. “These people then may spread the disease.” Kraisuk said the earlier infected people were diagnosed as HIV-positive, the better the prospects for their own health and that of others.