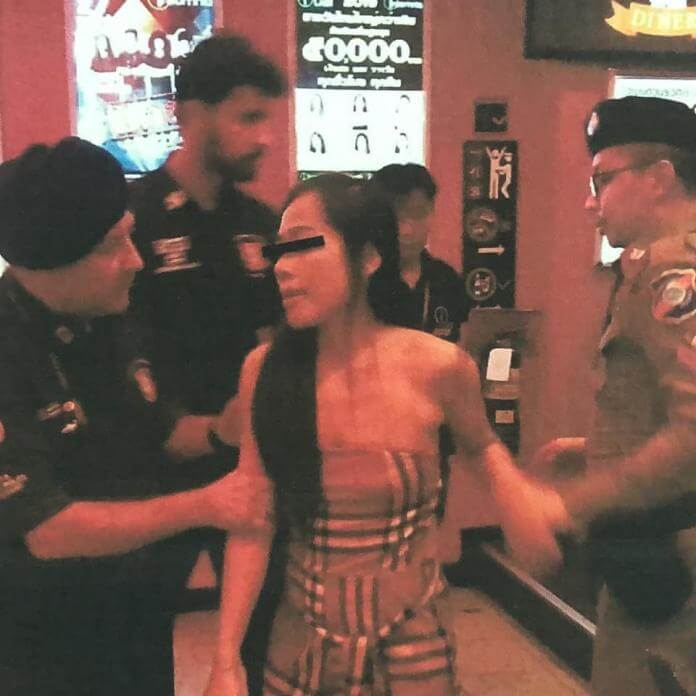 A 43-year-old Thai woman who recently spent a year and a half in Thai jail for theft was arrested on Walking Street after a Chinese national allegedly had his bag stolen by her at a popular Walking Street nightclub early yesterday morning.

Mr. Huang Siqing, 28 years old, stated to the police that the suspect and her friends had taken a table next to him and were flirting with him. He stated he was not interested. He went to the toilet, leaving his bag on the table, and returned to find it missing.
The bag contained his passport, cell phone, credit cards, and cash.

Mr. Siqing immediately went to the tourist police stand on Walking Street and police went with him to the Discos suspecting that the woman was still in the area. CCTV at the Disco was able to identify the woman.

They were correct that she was still in the area and was found at another nearby nightclub and arrested with the bag in her possession.

The suspect has denied the theft and claims she thought the bag was left from the tourist because he didn’t want it. Police don’t believe her story and she faces additional years in jail.