In calling for the government to cap the diesel price at below Bt30/litre, the Northeastern Transport Association has threatened to hold a strike beginning June 10 if there is no action on the parallel request for a 5 per cent increase in the truck transport fee.

Association president Peerapol Bonnchinawong said that his 900 members, plus another 400 non-member operators (covering 500 cargo trucks) in the region, were unhappy with the price of diesel rising beyond Bt30/litre.
The government had NOT given advance notice for each hike.
Peerapol said that both his group and the 100,0000-truck Land Transport Federation of Thailand (LTFT) were agreed on the need for a 5 per cent fee hike.
“We actually need a 10 per cent but we do not wish to affect consumers,” he said.
If the call for a fee hike was ignored and the diesel price kept rising, Peerapol said his group would have half of its fleet, about 15,000 trucks, stop running because “the more rounds we make, the more in the red (losing money) we get anyway”.
He said that striking truck drivers would not block roads anywhere in the country, or protest in Bangkok.
The LTFT president, Thongyoo Khongkhan, has urged that truckers give the authorities until June 10 to find a solution to pricing problem, he said.
“If we don’t get the answer, we will join in a nation-wide strike, after which goods in markets would be affected,” said Peerapol. “We haven’t hike the fee for a decade. We’ve cooperated with the government’s requests to stop running during long holidays. What we asked should be granted. The 5 per cent fee hike means a Bt30,000 truck trip will be Bt31,5000 – just a slight increase,” he said.
Once the diesel price fell back to the previous level, the association would be willingly to reduce the fee, he said.
Peerapol also said that 12 transport-related associations would join with the Thai Bus Operators Association president Sujinda Cherdchai – who had called for a bus-fare hike and vowed to cut back bus services if not granted – to meet with Transport Minister Arkhom Termpittayapaisith before June 10 to re-submit their appeal. BP – EP 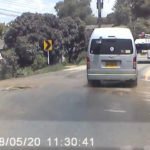 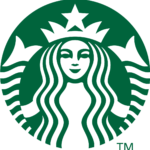