Home » Thai tourists have their TRASH mailed back to them

Thai Natural Resources and Environment Minister Varawut Silpa-archa has ordered his o cials to mail back trash left behind by those who littered at the national park.

Silpa-archa said in a Facebook post on Sep. 15 that the litter left behind by tourists posed a threat to wildlife living at Khao Yai National Park.

Instead of throwing the unwanted items and food waste into the trash bin, the campers left them lying around the campsite over the weekend, Bangkok Tribune News reported.

According to The Nation, he said:

“We kindly ask every tourist to put garbage in the provided areas because the garbage that you left may kill wild animals that come down around the area looking for food. In this case, we purposefully collected all your rubbish in a box and sent them to your home as a souvenir as a lesson to not litter anywhere ever again.”

This is why he decided to mail them back to the perpetrators’ addresses which have been recorded in the reservation system.

The items found onsite include plastic bottles and food packaging:

The officials packed them into a box before mailing the waste out.

Silpa-archa also said the authorities will take legal action against offenders and urged tourists to keep the environment clean.

There’s one thing that they can leave behind and that is footprints, Silpa-archa’s website stated. 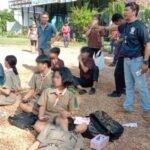 20 children injured as driver tries to avoid a DOG 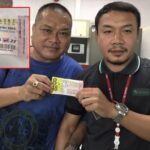