The number of foreign tourists arriving in Thailand rose 5.59% in August from a year earlier, with Chinese visitor numbers rebounding strongly, the tourism ministry said on Tuesday.

The 3.41 million foreign arrivals in August spent 170 billion baht ($5.55 billion), up 7.12% year-on-year, the ministry said in a statement after a cabinet meeting.

The number of Chinese tourists, Thailand’s biggest source of visitors, jumped 15.6% in August from a year earlier to 1 million, after increasing 5.81% in July following five months of declines.

In the January-August period, the number of foreign tourists rose 2.6% year-on-year to 26.5 million.

The government believes the number of foreign travellers will reach its target of a record 40 million this year, government spokeswoman Narumon Pinyosinwat told reporters.

“The prime minister has instructed relevant agencies to address any impact of an influx of foreign tourists on the public, environment and infrastructure,” she said.

Last year, there were 38.3 million foreign arrivals but a boat disaster near Phuket Island that killed 47 Chinese visitors was blamed for a fall in the numbers coming from China.

Tourism is a major driver of Thai growth, with foreign tourist receipts accounting for about 12% of gross domestic product (GDP). 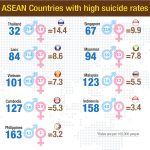 The tragedy of suicide 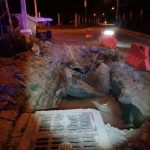