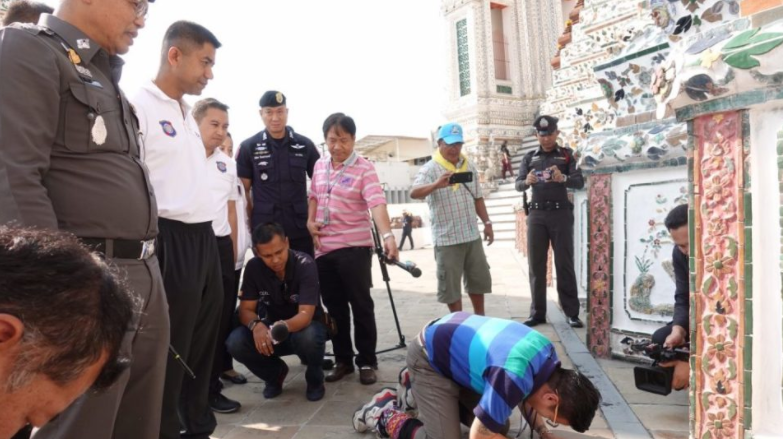 A few weeks ago, we had two Instagrammers thinking it was a good idea to photograph their full moons near Thai Wat Arun and publish the pics online. They quickly learned otherwise when they were fined and spent two weeks in Thai jail while authorities tried to figure out what to do with them.

The gay couple from California, Joseph and Travis Dasilva, were eventually deported for their lewd stunt, but now a Thai tour guide has been caught disrespecting Wat Arun, one of Thailand’s most famed and respected temples, reported Bangkok Post. Tour guide Noranontha Norakamin, 44, was recently photographed with her foot up on the famous stupa as if she was climbing it. This is especially disrespectful when you consider how dirty and lowly all Thais consider the feet to be. Saturday, tourist police brought her back to the temple to get on her knees and offer her apology for the offensive behavior. She has also been charged with climbing an archaeological site as well as breaking the law on artefacts. She has had her tour guide license revoked as well.

The guide, who dresses as a tomboy, will have a trial at Bangkok’s Taling Chan court. If convicted, she could go to jail for up to a month and/or fined up to THB10,000. 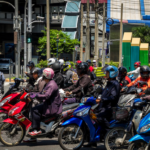