Home » Thai temple and the Alter of DAVID BECKHAM 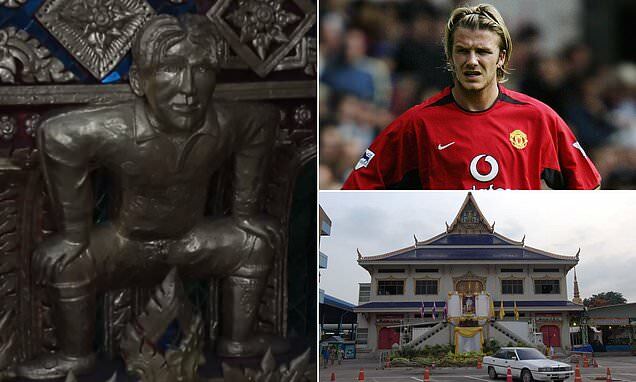 Soccer legend David Beckham has such a strong global appeal and ardent fan base that a Buddhist temple in Thailand has installed a gold-painted statue of the footballer on an altar, turning it into a surprising tourist attraction. 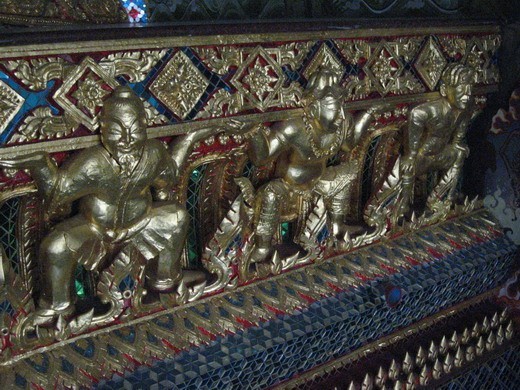 Pariwat temple, in Bangkok, crafted the Beckham statue two decades ago, when Manchester United made history by being the first English football club to win the treble of trophies. 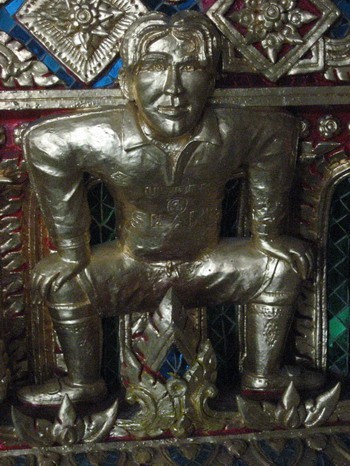 The statue is built like a traditional garuda but with Beckham in his team jersey, and with the trademark floppy hair of that era, holding up the altar, no the mythical birdlike creature.

Although the statue was put in place in 1998, it has only become a tourist attraction recently.

“I’m impressed with the sculpture. It can bring people including kids to visit the temple more,” said tourist Thitima Munmai as she snapped pictures of the statue with her phone.

The temple also features a host of other characters, many of them pop culture heroes. Images of Wolverine, Superman and Pikachu adorn the exterior of the building.

The temple said the superheroes were installed because they are considered good symbols who can help to protect Buddhism.