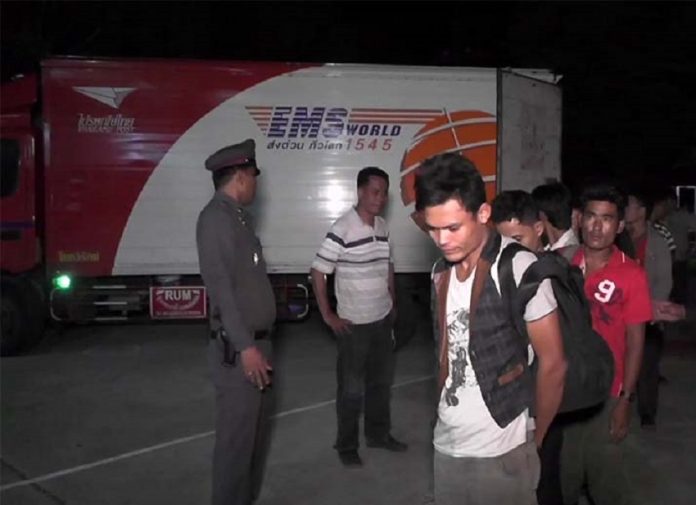 A national mailing service on Monday said it fired an employee caught using a company van to smuggle 13 undocumented migrants.

Thanachai Mungtim, 34, was arrested on Sunday night after police stopped him at a checkpoint in Satun province and discovered the Burmese migrants hiding in the back of the vehicle. Police suspect Thanachai was working for human traffickers, who plague Thailand’s border regions.

In a statement released today, Thailand Post said it expelled Thanachai for “serious legal and disciplinary violations” and offered full cooperation with the police investigation.

“Thailand Post is aware of the severity of the human trafficking issue,” the statement said.

Local police said Thanachai confessed he was paid to collect the migrants from the Myanmar border in Kanchanaburi and ferry them to Songkhla province in the south. He was to deliver them to an unidentified broker.

Thanachai said he was paid 1,500 baht for each passenger, according to the police. He also told police that he thought a mail delivery van would minimise attention from the authorities.

He was charged with assisting illegal entry into the kingdom, though investigators said an additional charge of human trafficking may be filed if further evidence arises.

Since 2015 the military government has been cracking down on human traffickers who routinely smuggle migrants from Thailand’s neighboring countries to sell as slave labor.

The efforts were partly spurred by the discovery that year of about a dozen “death camps” in the south, where thousands of migrants were held in horrid conditions by their captors as they awaited new owners or ransoms from families. Dozens are thought to have died in captivity from hunger, abuse and diseases. 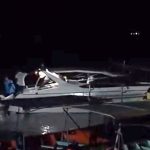