A Swiss national, who is considered to be one of the world’s “Top 10 collector of child pornography,” was recently captured by Thai authorities outside Bangkok.

The man, identified as 64-year-old Christean Python, was detained by Thai police in his home in Lamlukka district of Pathum Thani province where he and his Thai wife live.
Python was identified by the United States as one of the largest collectors of child pornography in the world. His arrest came following a request that Thailand Internet Crimes Against Children (TICAC). The TICAC shares valuable information with the U.S. National Center for Missing and Exploited Children.
Upon his arrest, police allegedly found 248 videos of child pornography on his desktop computer, which shows sickening videos of children as young as 4 years old engaged in sexual acts, the report said.
Python, who has been living in Thailand for 20 years now, told authorities that he has been housebound ever since he got into an unidentified accident 11 years ago. So to “relieve himself from the stress,” he began downloading and watching child pornography.
So far, Pythong has only been charged with possession of child pornography. He is now facing up to five years of prison time and/or a fine of 100,000 Thai baht ($3,100). However, police have confiscated his laptop to investigate if he distributed his collection online or if he sold it to anyone else, which could bring more charges to the man — specifically human trafficking charges. TP – EP 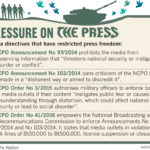