IN AN ATTEMPT to reduce pressure from politicians regarding the ban on political activities, Thai PM General Prayut Chan-o-cha will use his absolute powers under Article 44 to amend the Political Party Act to extend deadlines for parties to prepare themselves for the next election.

But political party meetings and the registration for new parties will still not be allowed under the junta’s ban, which has been in force since the 2014 coup.

The new deadlines have not been publicised but they should be addressed in the order, which is expected to be implemented by the end of this year.

Prayut said the order would only allow parties to “clear up an administrative dilemma”.

Despite the deadline extension, the premier said, the so-called “road map to democracy” would not be altered, including his earlier affirmation that an election will be held by November next year.

“There are still organic laws to be deliberated, so don’t worry,” Prayut said, referring to the bill drafts on the election of MPs and origin of the Senate, two of four laws essential to hold an election.

The 2017 Constitution stipulates that once the four laws – on the election of MPs, Senate origin, Election Commission and political parties – are implemented, an election must be organised within 150 days.

The prime minister’s remarks came as politicians have expressed concern that the junta’s lingering ban on political gatherings of five or more people had prevented them from organising in line with the Political Party Act.

Parties are supposed to follow deadlines stipulated by the bill’s Article 141, which were set from the day of its enactment. For example, they need to update their membership lists within 90 days.

As the bill was officially enacted on October 7, that deadline is January 5.

However, political movements with a history of supporting the junta have voiced support for amendments to the bill in the past week, which they claimed would “provide fairness to all sides”.

Government Spokesperson Lt-General Sansern Kaewkamnerd added that the NCPO would lift the political ban after the MP election bill was promulgated, which is expectedly in June.

“It means the political parties can begin their activities 150 days before the election is held,” he said.

He added that the order would establish a fair playing field for all, including existing and new parties.

“The new parties will be able to register at the same time as the old parties are allowed to hold meetings. Everyone will get to start together,” the spokesperson said.

Meanwhile, Democrat Party leader Abhisit Vejjajiva yesterday questioned the decision to use Article 44 to carry out the amendment.

Abhisit said impediments to the promulgation of the political party law had not originated from some outside party, but from the junta itself, which would issue an order that contradicted the recently passed law.

“If you invoke a special power to override a law, you must come up with a clear reason as to why. What you do will prove whether it’s about reforms or just personal benefit,” Abhisit said.

He also criticised Prayut in regards to his announcement, made during a recent trip to the Northeast, that his backing of certain political groups would be “no less evil” than previous systems.

Prayut told villagers in Kalasin that if they wanted to pick a prime minister, they should choose one similar to him, apparently suggesting that he would not stand in the next general election.

Abhisit said the junta tended to criticise political parties as evil, so he questioned whether the junta should be branded the same if it acts politically.

“I don’t want to see the country stuck in the mud. Reform means change, not just newcomers taking turns on stage. We need to get out of the evil loop,” Abhisit said.

He added that the junta government should be accountable and if it cannot hold the election as promised, it should tell people clearly.

Meanwhile, the founder of the People’s Reform Party, Paiboon Nititawan, said he would submit proposals to National Legislative Assembly (NLA) President Pornpetch Wichitcholchai and PM Prayut to create exemptions regarding the political party law, including provisions for a primary round of voting.

Paiboon said the primary vote would require procedures that he believed parties would not be able to conduct. Exemptions could be implemented via Article 44 or normal NLA processes, he said.

Paiboon also called for the junta’s ban on political gathering and activities to remain in force until the Election Commission declares the election results. However, some exemptions should be made for political activities within parties, such as meetings, he said.

The latest proposals came on top of Paiboon’s call last week to amend the party law to nullify all members to create fairness between existing parties and new ones.

He said the law allowed current members to maintain their memberships, but it also laid out strict qualifications. If party members committed wrongdoing, they will be punished, he added.

Meechai said another cause of concern was that regulations only required parties to report their current registration records to the Election Commission, which authorities might want to consider.

Regarding the lifting of the political ban, Meechai as an NCPO member said he could not answer for the institution but personally he thought the decision would rely on the situation.

American gets 43 years in prison 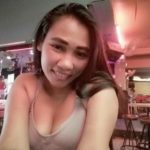