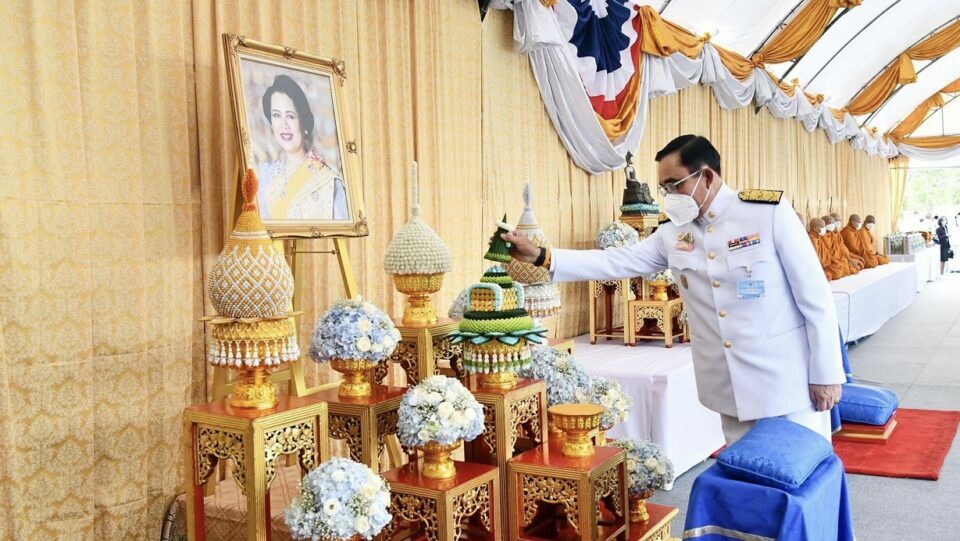 Prime minister Prayut Chan-o-cha and his wife led ministers, the presidents of parliament and the privy council, commanders of the three armed forces and the police, as well as their spouses, to perform a merit-making ceremony at Sanam Luang this morning (Friday), to celebrate the 90th birthday of Her Majesty the Queen Mother, which is also celebrated as the country’s Mother’s Day.

Alms were presented to 91 monks from various temples in Bangkok at the ceremonial ground at Sanam Luang. Later, the prime minister and other senior officials went to the Grand Palace to sign a book to express good wishes to the Queen Mother.

The Grand Palace will be open until Saturday for members of the public who wish to sign the book of good wishes.

At 7.19pm, the prime minister and his wife and other senior government officials will join members of the public at Sanam Luang in a candle-lit ceremony to their express good wishes to the Queen Mother.

A similar event is to be held in all provinces across the country. 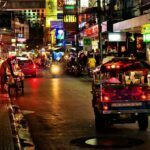 Pubs closed down by police found to be operating illegally 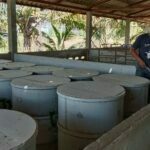