Home » Thai pensioner caught having sex with a cow 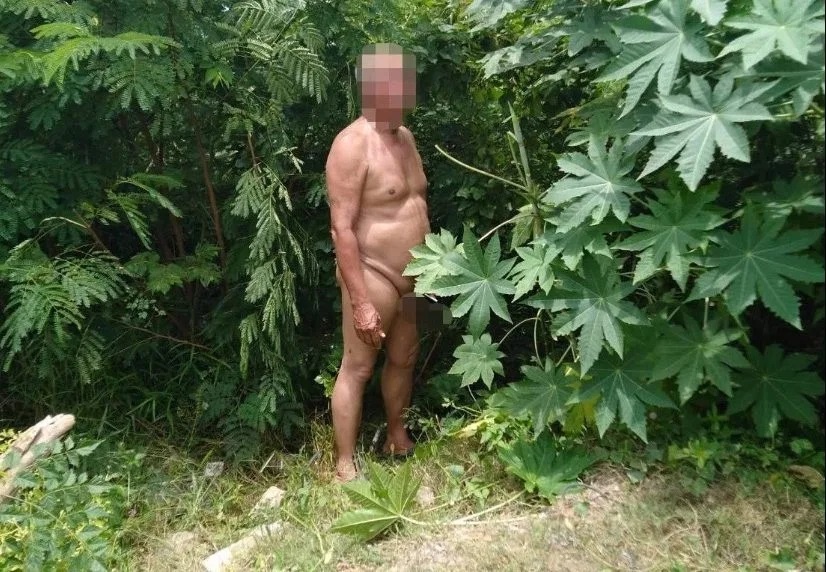 Thai pensioner caught having sex with a cow

A perverted pensioner was fined just £8 after being caught in the nude having sex with a cow in southern Thailand.

Manoon Bunjin, 68, was frogmarched to the local police station in Songkhla after he dragged ‘Non’ the calf into the bushes and sexually assaulted her last Friday afternoon.

Non’s owner, who was not named, was horrified after he spotted the naked man mounting the cow from behind, according to local reports.

He spied on the pensioner after neighbours warned him that one of his animals had been sexually assaulted multiple times while she was walking around the field eating grass.

Non’s owner waited discreetly behind trees to catch the pervert in the act and called on passers-by to help restrain the naked man.

When caught, Bunjin at first refused to admit his crime and claimed that he was strolling around looking for plants.

However, onlookers did not believe him after noticing semen was on his legs and the two-year-old cow’s behind.

Outraged resident Preecha Chaimunee, 50, said: ‘I was driving past the area when the owner cried for help, so I help him catch this pervert.

‘We saw sperm stains on his legs and also on the area where he tethered the cow.

So we thought that he must already finish having sex with her when we caught him.’

Bunjin put his clothes back on and was taken to the police station, where he admitted having sex with the cow several times.

The 68-year-old said he was copying friends who had told him having sex with a cow was ‘felt good’.

Manoon said: ‘The cow was not hurt and I only did it for pleasure. I have friends who have done this before and they told me it felt good so I wanted to try.’

‘We brought him for questioning where he eventually admitted for the scandalous behaviour. 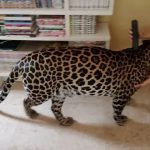 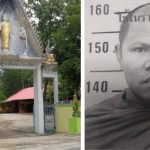