Thai police on Wednesday (April 25) cancelled an event to launch a new report on human rights abuses in Karen State by the Tatmadaw (Myanmar military) and warning of a humanitarian crisis there, The Irrawaddy Online reported.
The Karen Peace Support Network (KPSN) originally planned to launch the report, “The Nightmare Returns: Karen Hopes to Peace and Stability Dashed by Burma Army Actions” in Chiang Mai University.
However, the group was informed on Tuesday that the university had cancelled its booking. The event was moved to a new venue and rescheduled on Wednesday, but the police showed up at the second venue and shut down the event.
Besides the new report, the group also planned a documentary film screening, photo exhibition and two panel discussions in order to raise support for more than 2,400 displaced Karen civilians. NTN – EP 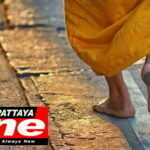 The mess some monks create 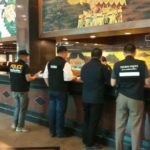