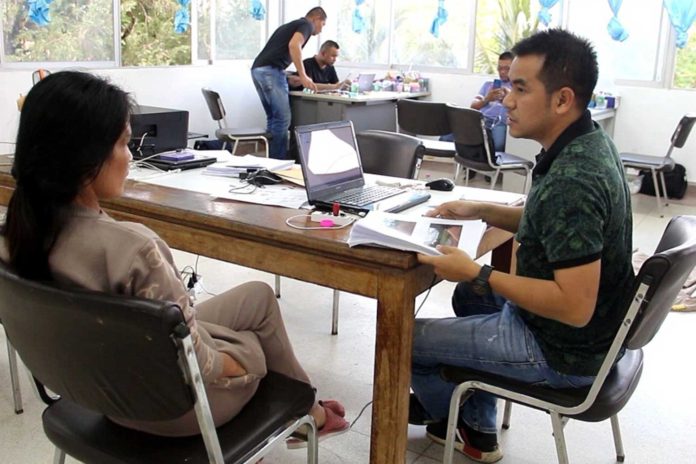 A Thai mother has been arrested for allegedly pimping her mentally handicapped daughter to seven men, then blackmailing them into paying as much as 250,000 baht.

Ms Kannanat, 39, (surname withheld), was apprehended at a condominium room in Bangkok, said police during a media conference in Udon Thani on Thursday.

Earlier, a salesman, 24, who worked at a department store in Nong Han district of Udon Thani filed a complaint with police at Nam Som police station on July 18 this year that Ms Kannanat and Ms Yingluck Yoo-in had allegedly extorted money from him.

He accused them of allegedly taking a 19-year-old mentally handicapped woman to sleep with him.

He told police that he had known the teenager via “Badoo’’ dating application. He later asked for her phone number and arranged to meet her at Hong Han Hospital on June 3. When he met her, he found her good-looking but seldom spoke.

He then took her to sleep at a resort in the district. On the following day, he took her to a terminal to board a bus to her house.

Shortly later, he received a phone call from his father that two women, both wearing government uniforms, came to his house. One of them complained he had lured her daughter to have sex and threatened to arrest him.

He rushed to his home to meet the women. Ms Kannanat, claiming to be a teacher in Sakon Nakhon, told him she was the mother of the girl, while Ms Yingluck claimed she was her aunt. They boarded a pickup truck driven by Mr Kritsadakorn Phonluea to his house.

Ms Kannanat told him that the girl’s father was a deputy superintendent of the lieutenant colonel rank at Nam Som police station.

She said if her husband knew about the alleged sexual abuse, he would face charges of depriving a girl of parental care, according to the man.

He also had to engage with the girl and promise to support her education to the university level.

Two weeks later, he went to the girl’s house in Nam Som district and stayed overnight there. Mr Kritsakorn met him and told him the truth that he had fallen victim to the girl’s mother.

The man told him that the girl was mentally handicapped and was used by her mother to extort money from men.

Mr Kritsakorn told him that he pitied him and decided to tell the story, according to the victim.

Police later summonsed Ms Yingluck for questioning. The woman told police that Ms Kannanat had colluded with six accomplices to list her daughter on the Badoo dating app to find victims.

The girl could neither read nor write, said Ms Yingluck.

The mother arranged for transportation to take her daughter to meet the salesman, who later took the girl to sleep with him.

Police had obtained evidence and later sought court approval to arrest Ms Kannanat, who was caught at the condominium in Samrong Nua area of Bangkok on Dec 25.

Her daughter was found in the room during the raid.

The suspect was taken to Nam Som police station for interrogation. Police seized government uniforms from her house in this district.

So far, six men falling victim to her have filed complaints against the woman and her gang members, said Pol Col Songphol. 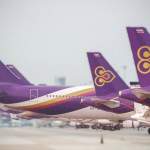 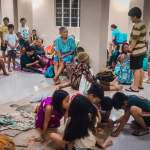