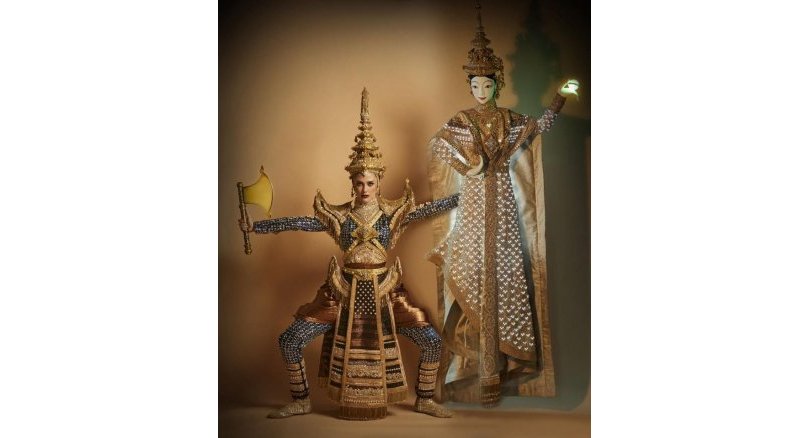 IF YOU want to have your say and help Miss Universe Thailand Mareeya Poonlertlarb return home with the Miss Universe 2017 crown, be ready for pre-voting that will open tomorrow at noon.

The beauty queens with the highest number of votes in the competition held in Las Vegas will receive a guaranteed spot in the Top 12.

Anyone who wants to vote for Mareeya, a 25-year-old half-Thai, half-Swedish model, can cast their ballot by visiting vote.missuniverse.com. You will need to log in using Facebook, Twitter or email authentication, and follow the voting instructions. There is a limit of 10 votes per account per day via this method during the voting period.

Miss Universe 2017’s Facebook page said that only the votes that complied with the instructions and rules, and were within the proper voting period, would be counted.

Mareeya wore a specially designed Thai outfit under the theme “Making of the Chasing of Light” at the national costume competition on Saturday at the Planet Hollywood Mezzanine in Las Vegas. The costume, designed by Prapakas Angsusingha, won applause from both Thais and foreigners at the event.

The inspiration for the costume came from a Thai native tale about the origins of lightning and thunder from a story in the epic poem, Ramayana. According to the story, Mekhala, the goddess of lightning who had a magic crystal, accidentally met the Giant Ramasoon, or god of thunder. She refused to give him the magic crystal and he became angry.

Mekhala wanted to tease him by soaring into the air, tempting him to follow her. During the chase, the crystal shone and caused lightning. When the giant threw his diamond hammer at her, it caused thunder.

You will be able to watch a broadcast of the official national costume contest on facebook.com/MissUniverse/ and on YouTube next Sunday, November 26 at 9am, Thailand time. 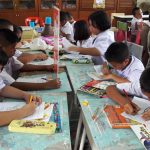