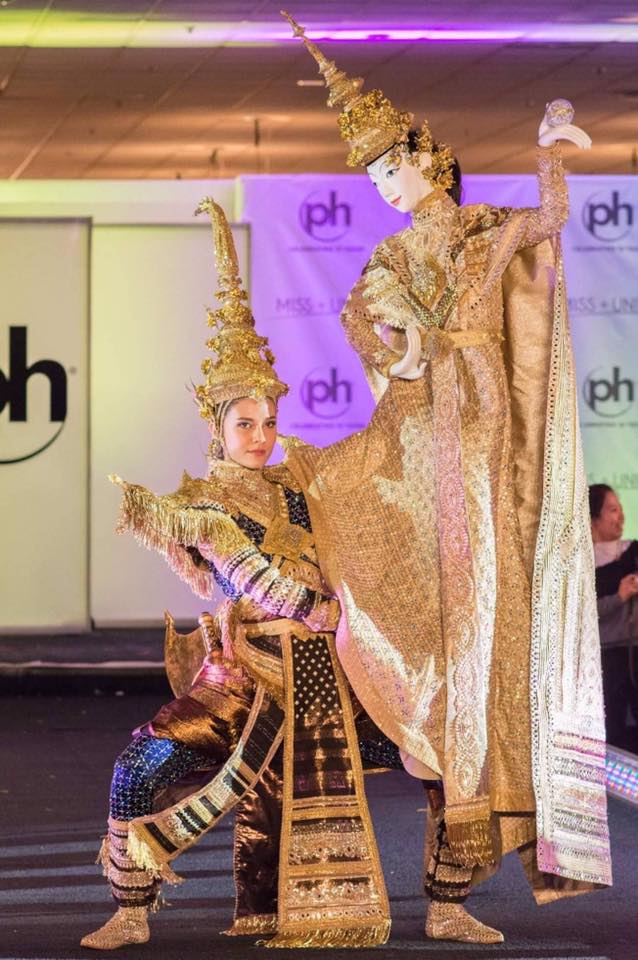 Miss Universe Thailand made a big first impression at the international beauty contest on Saturday night, offering judges a two for one special as she took to the Las Vegas stage in a traditional Thai outfit that featured an accompanying life-size doll.

With a troupe of Thai fans cheering her on from the Planet Hollywood Mezzanine, 25-year-old Thai-Swedish beauty queen Maria Poonlertlarp proudly represented the kingdom in the pageant’s national costume competition with an outfit dubbed “Chasing the Light.”

The costume tells a story of the origins of lighting and thunder from the Thai epic Ramayana. Here Maria plays Giant Ramasoon or the God of Thunder, who chased after Mekhala, the Goddess of Light, which in this case is represented by the life-size doll.

In the story, Mekhala has a magic crystal when she accidentally crosses paths with Giant Ramasoon. After refusing to give him the crystal, Giant Ramasoon chases after her. During the chase, Mekhala used the crystal to blind Giant Ramasoon, which creating lightning. When Giant Ramasoon threw his hammer at Mekhala to stop her, it caused the thunder.

Among the pageant fan community, many netizens have said Maria will likely make it to the top five. The stunner has a master of international business commerce from Stockholm University.
In her Miss Universe introduction video, which has surpassed a million views, Maria said she would like to help Thailand achieve gender equality.

The coronation night of the 66th Miss Universe pageant will take place at the AXIS at Planet Hollywood Las Vegas on Sunday. 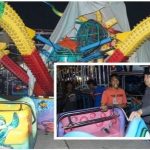 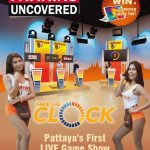