Thai Military: All branches of the military will provide assistance to residents being affected by tropical storm Pabuk .

Supreme Commander General Pornpipat Benyasri has instructed the disaster mitigation center of the military in each affected province to set up mobile rescue units and closely follow the progress of the storm. He told the military personnel to be prepared to help the local residents to evacuate and provide medical services when they need.

Meanwhile, Commander in Chief of the Royal Thai Navy Admiral Luechai Ruddit has visited the Air and Coastal Defense Commands in the provinces of Ranong and Satun to inspect their readiness for the storm and raise the morale of the officials there. 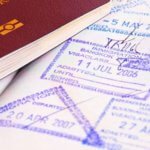