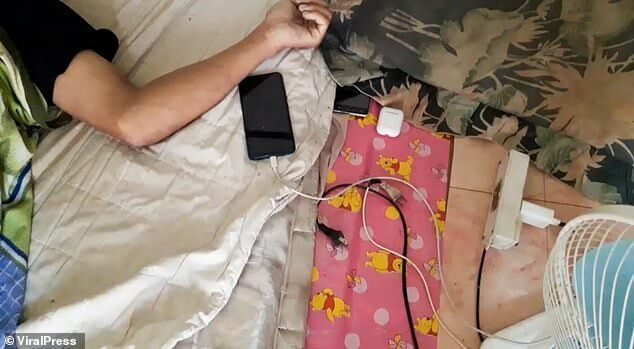 A Thai man has been found dead after being electrocuted while sleeping next to a charging mobile phone.

Saengthong Sornlai, 20, was discovered by a relative who went to his apartment room in Chonburi, eastern Thailand on Saturday.

His uncle, Pas Uthai, 31, tried to wake him so they could eat together before working at the local car wash.

However, despite several calls, Saengthong did not answer back so his uncle peeked into the apartment through a window.

Pas saw his nephew lying still so he used a stick to unlock the door’s bolt from the window and check on him.

He immediately called for help when he saw that Saengthong was not breathing.

Saengthong Sornlai, 20, was discovered lying next to a charging mobile phone which is believed to have electrocuted him, causing his death

‘My nephew was healthy and had no serious health condition, so he could not just die,’ Pas said.

‘I was worried that something was wrong because he was not moving, not even once so I called for help.’

Paramedics arrived at the scene and found Saengthong’s left arm, lying next to a charging mobile phone.

He was estimated to have been dead for a few hours before being discovered. 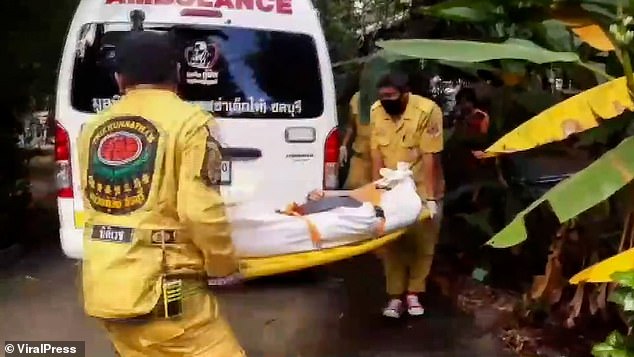 Local police gathered evidence from the scene and said there were no signs of struggle in the room.

They believe Saengthong suffered an electric shock as there were burn wounds and swelling on on his left arm.

Police Lieutenant Kittiweth Ngasuwan said they had found a substandard electric extension cable where Saengthong charged his phone beside the bed.

He said: ‘The man seemed to have been electrocuted while sleeping next to his charging phone.’

The body was taken to a hospital for a post-mortem examination to ascertain the exact cause of death. 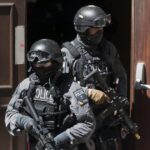 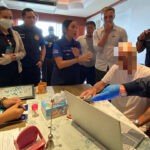