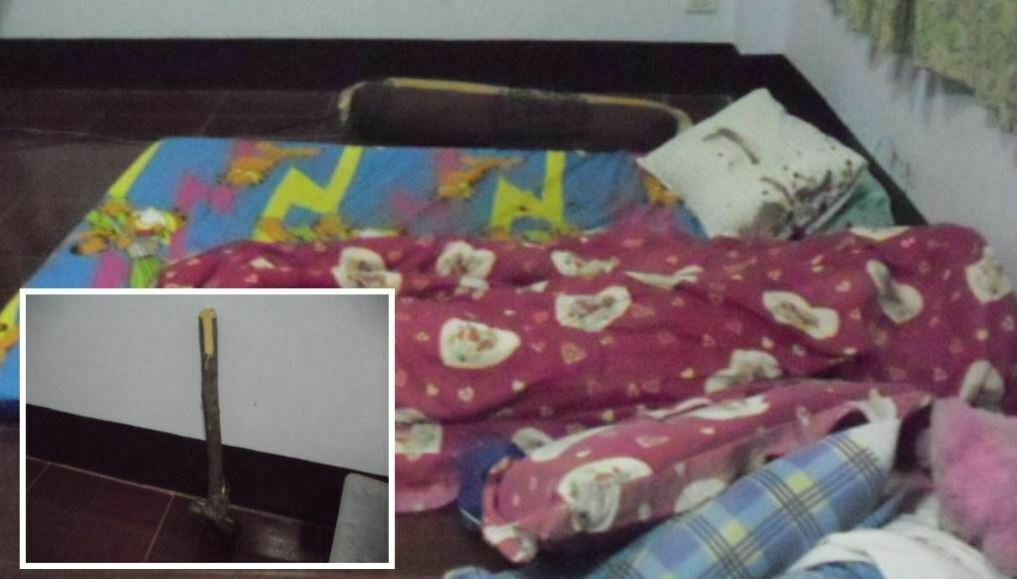 Muang Jee police in Lamphun in Thailan’s north were called to a house after an apparent murder suicide in Pasak sub-district.
At the scene they found 31 year old Yuporn Lungkor from Chiang Dao, Chiang Mai dead in the hall of a one story rented cement house.
She had been bludgeoned to death with a blunt object to her face. She was half naked.
Out back of the house by a staircase they found her husband 47 year old Chatree Thanarat from Mae Taeng, Chiang Mai, suspended from a nylon cord attached to an outside window.
There were no apparent injuries on his body.
Police discovered that the couple had a son who lived with his father. The mother worked in Chiang Mai and before the incident the father had taken the child to her relatives in Chiang Mai before returning with his wife to the Lamphun house.
Neighbours heard the sound of arguing but thought nothing of it.
A 12 inch bloodstained hammer was found in the house.
Police said it was a case of murder suicide. CMT – EP