The Thai military government has solved more than 90 per cent of the complaints lodged with the administration, Prime Minister Prayuth Chan-ocha has claimed.

Gen Prayuth was speaking to villagers, who came to greet him during his visit to tambon Hua Na of Nong Bua Lam Phu’s Muang district.

“The government has accepted all the complaints,” said Gen Prayuth, adding 4,000-5,000 complaints on various issues in general, including graft, were lodged with the administration every month.

“We have solved more than 90 per cent of them. Some complicated issues have yet to be addressed since some laws need to be amended,” the prime minister said.

The prime minister was in the province to attend a ceremony in which people were granted documents by the provincial governor certifying their right to use state-allocated community land.

Gen Prayuth said he pays particular attention to Nong Bua Lam Phu, which is the poorest province in the country.

The northeastern province, where the average annual income is 41,000 baht (US$1,312) per person, must work with the government in development projects to improve their livelihood, he said.

He said people in Nong Bua Lam Phu earn too little. The government is thinking of how to help them earn more, he noted.

“Everyone wants to get loans despite the fact that past debts have not yet been repaid,” said Gen Prayuth.

The government scheme of Thai Niyom Yangyuen, or Sustainable Thainess, need to take shape first and then people can seek loans from the programme for investment, he said, stressing people should be careful about their spending.

The premier claimed the programme is not meant to attract votes for himself, but to focus on the needs of residents, such as jobs and road projects. He also urged people to report any irregularities in the scheme’s management.

He also made clear that in a democracy, everyone has to be taken care of equally. “The views of the majority must be heard, but the minority must not be left behind,” said Gen Prayuth.

He also asked the people to help change the future of the country and support the government. “Please do not let politics cause divisions among ourselves,” Gen Prayuth told locals.

Meanwhile, Pheu Thai remains the most popular political party for people in the Northeast, according to an opinion poll conducted by the E-SAAN Centre for Business and Economic Research of Khon Kaen University.

The pollster found almost 43 per cent of respondents would vote for Pheu Thai in the next election while 38 per cent said they have yet to make a decision or would support other parties.

About seven per cent said they would back the Democrats, followed by any party supporting Gen Prayut (six per cent), Bhumjaithai (2.4 per cent), Chart Pattana (two per cent) and Chartthaipattana (0.7 per cent).

More than 80 per cent of the respondents said the election should be held this year, the poll said. 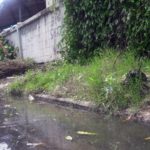