Home » Thai entrepreneur pushing insects as the snack of the future 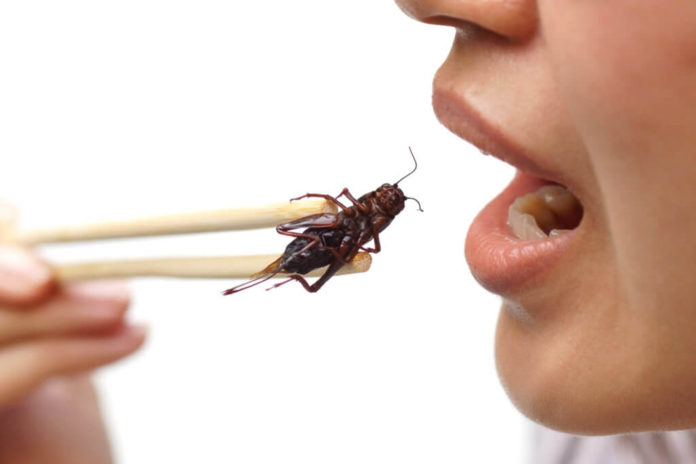 They are sold in bags like salted peanuts or tubes like stacked potato chips, but these crunchy morsels on the shelves of Thai convenience stores and supermarkets stand apart from the snack food crowd.

The bugs – baked, not fried – could be the next big thing in tasty treats.

Rural Thais have long eaten bugs as part of their diet. In big cities, street vendors catering to migrant workers sell cooked insects that under most circumstances would cause foreign tourists to whip out a can of bug spray.

The idea to package them like potato chips came to entrepreneur Thatnat Chanthatham when a story on the news caught his attention.

“I heard on the TV news that the U.N. said insects were an alternative source of protein for the future. so I thought that Thais eat a lot of insects already and can get them as street food. Has anyone put them in a bag?” the 46-year-old told The Associated Press. “If not, how can we do it? What sort of flavors?”

In one breeding room alone, more than a million of the chirping insects are being raised on a 45-day cycle from egg to adult to harvest.

Some of the products are baked here, others at the next stop, a factory in Bangkok, where they are packaged and then trucked to retail outlets.

Small crickets are one of the best sellers in the range of insect convenience snacks sold under the HiSo brand – that’s Thai slang for “high society.”

They come in original, barbecue and tom yam flavors, and can be found in Thailand’s ubiquitous 7-Eleven shops and in a major supermarket chain. Crickets are priced at 25 baht (83 cents) for a bag; at the high end, a tube of bamboo worms costs 160 baht ($5.29).

HiSo has established itself in the snack market, but there was plenty of trial-and-error involved, Thatnat said, such as when they were considering whether to sell large, black crickets.

“Even though I’m a regular when it comes to eating bugs, I still felt like their eyes were staring at me … Then, after we ate them, their legs and wings poked out and got stuck in our teeth and gums,” he said, laughing.

“I thought, should we go ahead? I talked to the team and they said please shelve this one, so I did.”

Two tons of insects pass through his Bangkok factory every month. Revenue is steady at around $100,000 per month, but overheads are high. While he raises his own crickets, he hasn’t yet found a way to produce enough silkworms and bamboo worms to the required standard, so he has to buy them from independent suppliers.

Still, four years after the metamorphosis of HiSo from idea to industry, Thatnat is a satisfied man.

“When it comes to bugs, there are people who are scared of them, people who eat them and people who don’t. But to be where we are today, with people knowing and accepting our HiSo brand, that’s what I’d call a success.”

Until recently, demand for edible bugs was mainly in parts of Asia, Africa, and South America. But HiSo’s emergence comes amid growing global interest in insects as a food source.

“They have an incredibly high content of protein, but also minerals and also vitamin B12,” said the FAO’s Katinka de Balogh. “The nutritional value of insects has not been recognized in the past and I think, nowadays, we are finding that there is a huge potential.”

Will HiSo’s packaging and marketing be a game-changer, helping make insects the food of the future?

Thatnat said his products are popular with Asian tourists, especially the Chinese, so his next goal is to export them. But so far, he’s hit a brick wall and blames a morass of unclear regulations.

“There needs to be an agreement between governments. All you really get is advice on bugs as a food source,” he says. “In the end, these insects can’t really go between countries yet. That’s one of the things stopping us from obtaining our goal.”

Even in Thailand, some can’t stomach the thought of crunchy crickets or original flavor bamboo worms.

Many passers-by kept walking when recently offered samples in the street, or flat out turned down a taste, though two office workers who tried them said they were fine.

“If I see them, I’ll buy them,” said Anuwat Suetrong. 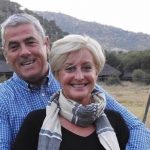 Video: British tourist KILLED with a single punch in Pattaya

These are the world’s most ignorant countries