Killer wrote ‘it was me’ on girlfriend’s… 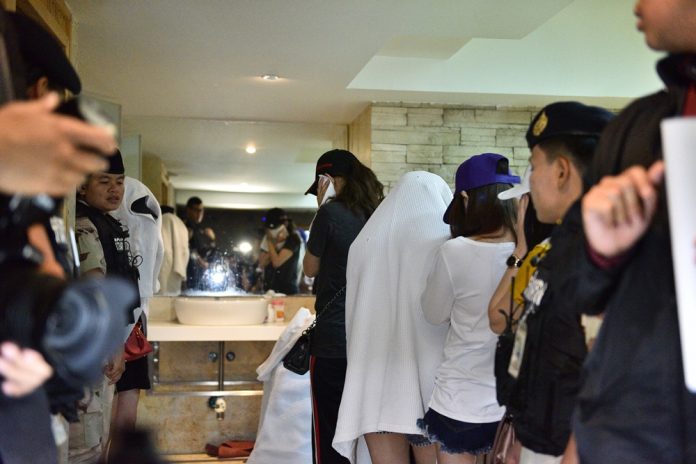 When officers from the Department of Special Investigation raided a commercial sex venue Friday, they found more than 100 sex workers, some believed to be underage and forced into prostitution.

They also found something else: A ledger that appeared to document visits by officers from a local police station to the brothel – called Victoria’s Secret – for free services. Other pages also allegedly recorded free “food and beverages” for cops from five agencies, local tax office agents and even anti-trafficking officials.

One page listed the “chief of Wang Thong Lang Police Station” as a client who received services worth 2,750 baht on Sept 18. The same “chief” returned there five days later for more, the ledger showed.

Another page recorded that 6,000 baht worth of food and drinks were served to a Bangkok metro police commander.

By Monday, every agency implicated in the ledger had denied involvement, while investigators said they are preoccupied identifying victims of human trafficking among the arrested women. Meanwhile, five senior officers at Wang Thong Lang Police Station were suspended from active duty in the wake of the raid.

“I don’t think it’s real,” deputy station commander Pichai Toontham said, when asked about the records in the ledger. “There’s no such [visits], because police are not allowed to do that.”

Pichai was among the five officers removed from active duty alongside station chief Thammanoon Boonrueng. Col. Thammanoon could not be reached for comment as of press time. Pichai declined to discuss his transfer.

“It is up to the judgement of my supervisor. I’d prefer not to answer that question,” Lt. Col. Pichai said when asked if he believes he was being treated fairly.

A combined force of Department of Special Investigation officers, soldiers and police raided the brothel Friday near Rama IX Road. Officials said they were acting on a tip that underage girls and trafficked women were being forced to work there.

A total of 133 sex workers were taken into custody. The 55-year-old manager, Boonsap Amornrattanasiri, was arrested and charged with human trafficking. Five of his aides are being held for questioning, police said.

Police spokesman Krissana Pattanacharoen said Sunday that none of the workers was proven to be underage so far, while immigration police said Monday that at least 20 people appeared to have been trafficked from neighboring countries Myanmar, Laos and Cambodia.

Victoria’s Secret is among scores of brothels euphemistically called massage parlors that dot Bangkok and are concentrated in its red light districts. Inside, sex workers give clients baths, massages and sexual services.

Baksheesh Files
Critics and anti-human trafficking activists have long accused police of turning blind eye to the flesh parlors in their jurisdictions, or worse, profiting by accepting bribes to turn a blind eye.

Pages from the ledger allegedly discovered at Victoria’s Secret were soon posted online by several Facebook pages, sparking criticism and ridicule of the force.

“It’s so good to be a cop! Free housing, free education for kids, reimbursement if their wives die or their parents get sick, and now fucking for free!” user Sarawoot Saiyapibal wrote in a thread.

All of them have either outright denied knowledge or said an investigation is ongoing.

“Our agency is not involved in this in any way,” anti-human trafficking division chief Kornchai Klayklueng said.

“We have examined the information. None of our officials ever used their service,” Revenue Department spokesman Kittipol Singhapol said. “I don’t know the establishment made mention of our name in the book.”

“Our commander has ordered a fact-finding inquiry into this matter,” immigration deputy chief Phakphumpipat Sajjaphan said, also noting that no one was identified by name in the purported ledger.

Col. Arun Vajirasrisukanya, commander of the Crime Suppression Division unit implicated in the ledger, suggested someone could have falsely claimed to represent his force.

“Bangkok is not even our jurisdiction, so there’s no reason we would take care of that area. In short, someone could have made a false claim to be us,” Arun said.

Maj. Gen. Teerapong Wongratpitak, the metro police 4th division commander identified in the ledger as visiting Oct. 2, said he wasn’t even around that day — and he had an alibi to prove it.

Teerapong said he was drinking with his buddies in northern Bangkok till 11pm that night and went home afterward. He suggested that staff at Victoria Secret could have forged the record of his 6,000 baht bill in order to collect the money for themselves.

“I think the cashier and manager were colluding with each other. It could have been embezzlement,” Teerapong said. “I’ve never been there. I never even drank a glass of water there.”

Follow the Money (Until No One is Looking)
Secret ledgers have previously drawn a line between the commercial sex world and cop wallets, and despite solemn vows to get to the bottom of what happened, there was little consequence.

A raid on another flesh parlor in 2016 turned up a similar register that had records of bribes paid to different police agencies.

The implicated officers denied involvement, and police brass pledged an investigation into the alleged bribes, at least until public interest subsided.

Gen. Chalermkiat Srivorakan, a commander of the department in charge of the 2016 investigation, said the chief of Huai Khwang Police Station and his deputy at the time received some form of “disciplinary punishment” for the alleged bribes.

Results of inquiries against other officers implicated in the ledger found at the Nataree have been sent to Public Sector Anti-Corruption Commission Office, but the outcome has yet to finalized, he said.

“No one was fired or suspended,” Chalermkiat said. “Our part of the investigation is over.” 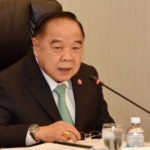 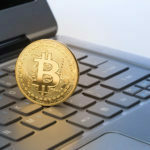