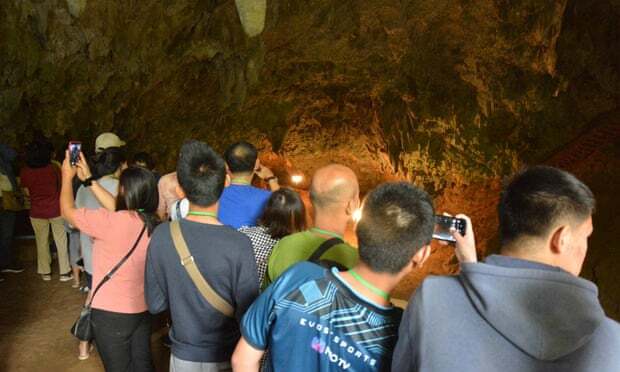 At 10.30 am on Friday, a chattering procession of monks, Thai government officials, forest rangers and selfie stick-wielding tourists walked into the Tham Luang Nang Non-cave complex in northern Thailand.

There wasn’t much to see beyond a vast, dimly-lit cavern with large stalactites drooping from its ceiling, but for these pilgrims the moment represented something spectacular, as it was the first time the caves had been opened to the public since last year’s dramatic rescue of 12 boys and their football coach.

About 7,000 people were involved in the rescue operation, which captivated the world for the 17 days that the boys from the Wild Boars football team were trapped in June and July 2018.

Vernon Unsworth, a 64-year-old diver from Hertfordshire whose knowledge of the cave complex was instrumental in the mission to save the footballers, was present for the reopening.

Sai Kham Boo, 47, from Myanmar, was still wearing his cycling helmet as he waited for the cave gate to be unlocked on Friday. “I cycled 10km here to try to be the first to enter the cave,” he said.

“I followed the news and was so excited when they came out of the cave. Now I’m so excited to go inside.”

Unsworth, who is based near the cave in Chiang Rai province, has seen Tham Luang-Khun Nam Nang Non-national park, previously a little-visited scenic getaway, become a tourist hotspot since the rescue.

Forestry officials said that prior to the rescue, 40,000 tourists visited the area each year, but more than 1 million had come since the park reopened on 16 November.

Friday was the first time tourists were allowed inside the cave complex since the rescue. 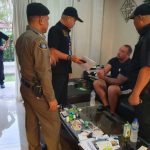