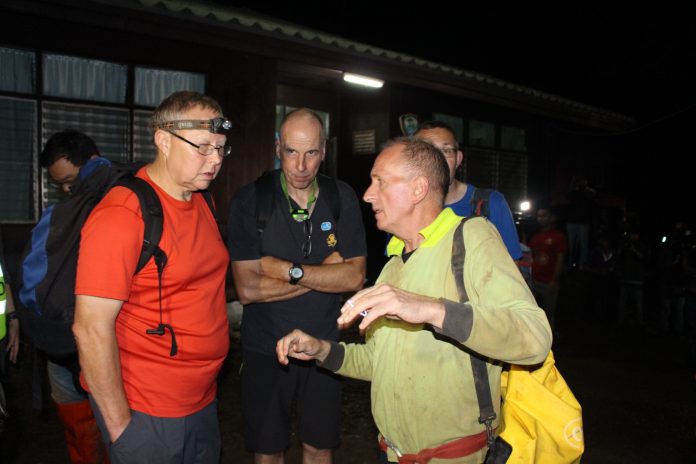 After its adrenaline-filled entry won the Oscar for Best Documentary, National Geographic has begun production on a new feature about the foreign rescue divers whose perilous operation saved 13 trapped in a Chiang Rai cave.

“Thai Cave Rescue” is in the works by National Geographic Documentary Films to capture the heroic endeavour that brought the 12 footballers and their coach out alive of the Tham Luang cave complex.

Directed by Kevin Macdonald, the documentary is aiming to include interviews with local residents as well as British cave divers Richard Stanton, John Volanthen and others.

The documentary is scheduled for release in 2020 on Disney+, an upcoming video on-demand service based in Los Angeles.

“This rescue mission is more than just a story of hope, it’s a story of humanity coming together,” MacDonald said. “This film will represent a full 360-degree view of the crisis, told through unexpected angles and with untold stories.”

Macdonald’s filmography includes an Oscar-winning documentary about the 1972 murder of 11 Israeli Olympic athletes “One Day in September,” historical drama “The Last King of Scotland” and “Whitney,” a 2018 Whitney Houston documentary.

“Thai Cave Rescue” is not the first nor only movie revisiting the dramatic, two-week saga that unfolded in and around the cave last year.

Domestic production company DeWarrenne Pictures is expected to be first out of the gate with “The Cave” (“Nang Non”), while Thai officials said a Netflix original series was also being developed. Earlier this month, the government announced that the company, SK Global Entertainment, had been granted lifetime exclusive rights to control access to most of the key figures in the story including the boys and their coach.

The 13 Wild Boars will earn roughly 3 million baht from the announced Netflix production.