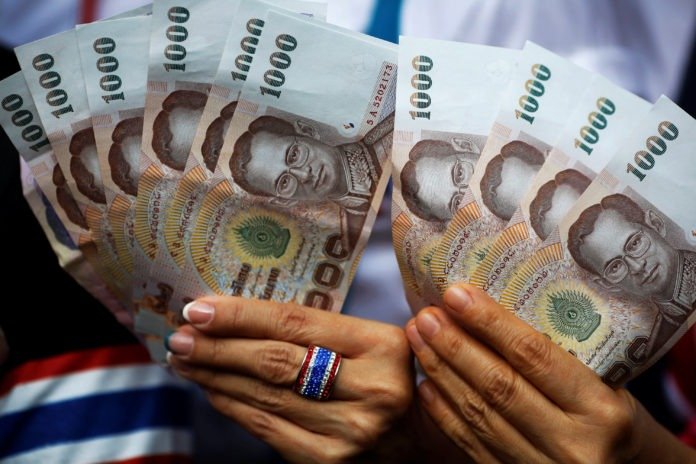 The Thai baht could further strengthen to Bt29 per dollar, a Kasikornbank analyst warned this week.

In an economic climate deeply affected by the US-China trade war and a global slowdown, the baht is expected to strengthen further, reaching Bt30.50 to the US dollar by the end of the year, Kobsidthi Silpachai, head of capital markets research at Kasikornbank said

This was due to a number of factors, the first being that the US-China trade war would continue to depress the global economy.

The chance of a global economy entering recession next year now stands at 26 percent and could lead to more capital flowing in to subscribe to Thai bonds.

The second factor is the high possibility that international rating agencies Moody’s Investors Service and Fitch Ratings will upgrade Thailand’s sovereign credit rating from triple B plus to A minus (BBB+ to A-) in the next 12 months.

The market has priced incoming credit upgrades as the rate of credit default swap (CDS) of Thai debts has been below the rate charged for BBB+ rating for a while, he noted.

Third, Thailand’s high current account surplus, the combined result of tourism revenue, fall in imports and low domestic investment would continue to underpin the strong baht. The surplus this year will reach $34 billion, he said.

Thai economic growth is expected to expand by 3.5 percent in the fourth quarter, while growth in the third quarter is estimated at 2.7 percent.

The Thai economy is predicted to expand by 2.8 percent for the full year.

“The government stimulus packages including the ‘Eat, Shop and Spend’ program will boost the economy in the final quarter,” he predicted.

The US-China trade war and Brexit would largely determine the direction of the global economy.

Uncertainty about the trade relationship and the Brexit deal has led many central banks to ease policy in order to shore up economies, but their actions would be a temporary solution and could not fully compensate for real economic reforms.

Investment in the Thai stock market will not see much activity in the fourth quarter as investors turn their attention to bonds due to slow economic growth, he said, pointing out, however, that investment in some stocks offered higher returns than bonds.

Investors would, therefore, have to pick shares carefully.

The US Federal Reserve is expected to cut its policy rate again next week with two more cuts coming in 2020,” he added.

The Bank of Thailand’s monetary policy committee will lower its policy rate by 25 basis points to 1.25 percent this year, he said. 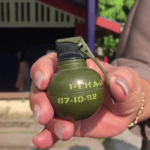