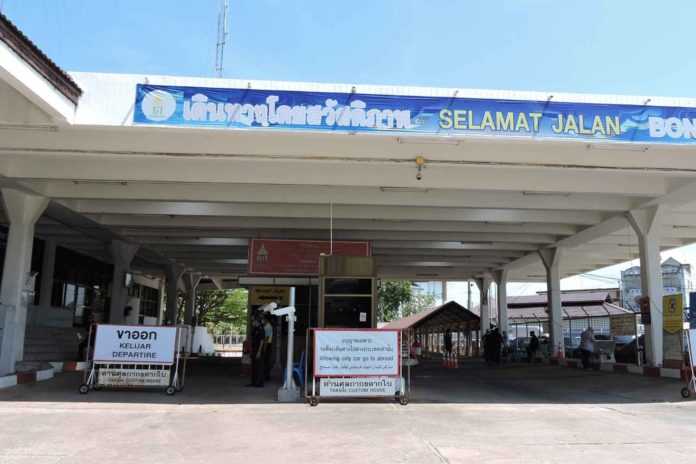 5 am on Wednesday the 4th Army started shutting down 13 border posts in Narathiwat Province as part of their move to curb the spread of the Covid-19 virus.

The boarders had been flooded by a large amount of Thais returning from Malaysia, so boarders in the South started closing.

13 border trade posts will now be closed for two weeks and opened again after the 31st March. Persons returning, or planning to return from Malaysia have been advised to enter through checkpoints in Sungai Kolok, Tak Bai and Waeng districts.

All this said, authorities are still looking for 132 Thai Muslims that had attended a recent mass gathering at Kuala Lumpur’s Sri Petaling Mosque that had become a hotspot for the Covid-19 virus.

Pol Lt Col Wirawat Ninwat, deputy chief of Songkhla immigration police, had said that a search had been launched for the 132 people as they are quite possibly infected with the virus, however, none have been located yet.

Even though Malaysia had begun closing its borders on Wednesday, Foreigners are still allowed to leave the country.

The country announced the imminent border closure on Tuesday, triggering an exodus of migrant Thai workers and visitors.

Pol Col Supphachat Wetchaphon, head of Narathiwat immigration police, said 21,799 people had crossed the border into Thailand through the three checkpoints on Tuesday, adding more were crossing on Wednesday.

A source at two immigration checkpoints had said that in the neighbouring Songkhla, 15,029 people have entered via Sadao and Padang Besar checkpoints.

The source added that in order to cope with the amount of traffic of people coming through the borders, 4 screening stations have now been set-up.

Ismael Biding, 30, who returned to Narathiwat on Wednesday, said he works at a Thai restaurant in Terengganu but had to return after Malaysia announced it was shutting its borders until March 31.

He said he hopes the contagion can be contained soon so he can return to work.

The only border crossing that remains open is on the other side of the third Thai-Lao Friendship Bridge. This checkpoint is open from 6am to 10pm daily, Mr Sayam said.

The five had visited two restaurants, where staff were now being monitored for infection, the statement added. 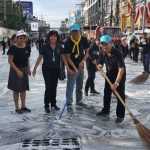 ONE tourist confirmed with VIRUS and Pattaya goes CRAZY 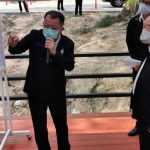