Home » The Greatest Story Ever Told – The Thai Cave Rescue

The appetite for the dramatic story of the Thai cave rescue remains insatiable ahead of the one-year anniversary of the incredible mission to extract the 12 boys and their coach.

Here are the details of some of the media projects cashing in on the cave story.

“The Great Cave Rescue”, “The Boys in the Cave” and “Rising Water”, are all available on Amazon.

Authors and publishers scrambled to be the first to hit stores.

“It was definitely a race to get the book out before Christmas,” said Liam Cochrane, a correspondent for the Australian Broadcasting Corporation and author of “The Cave”, which is also about the rescue.

“There was a sense of urgency but also pressure to get the story right,” he added.

Australian diver doctors Craig Challen and Richard Harris, who helped sedate the “Wild Boars” team before they were extracted, are due to release “Against All Odds” in November.

Ellis Henican, who helped write the book, said it will reveal tantalising details and “change how everyone sees the Wild Boar rescue”.

On the big screen

Expected to be released later this year, “The Cave” will be the first film about the drama.

“We all know that the boys got stuck in a cave… but it’s how they got out which makes the story so remarkable,” Waller told AFP.

It is expected to premiere in Thailand as early as September.

Also in the pipeline is a Netflix production from the producers of “Crazy Rich Asians”.

Also jumping into the fray is the National Geographic team behind the Oscar-winning film “Free Solo”, with a documentary in the pipeline.

Audiences all over the world watched the twists and turns of the rescue.

The boys emerged to a global media circus, courted by journalists, TV hosts, and sports fans the world over.

A trip to Los Angeles that was the most star-studded.

There they trained with the Los Angeles Galaxy and star striker Zlatan Ibrahimovic during a visit arranged by US television star Ellen DeGeneres, who hosted the team on her show.

“I thought I was brave, but these kids, this team is… braver than me,” Ibrahimovic said. 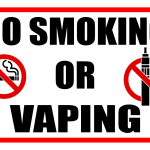 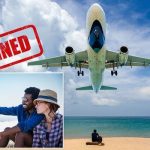