The fourth stage of the police Counter-Corruption Division (CCD) investigation into alleged misappropriation and embezzlement of funds at temples and the National Buddhism Office (NBO) is looking at corrupt state officials and their accomplices, the division chief said on Thursday.

Pol Maj-General Kamol Rienracha said wrongdoing had been confirmed among the officials already charged in earlier stages of the probe, stemming from 2011-2016.

Kamol vowed to continue the investigation until all wrongdoing is uncovered.

No particular temple was targeted, he said. The CCD was looking at every temple that received more than Bt1 million in development funding during 2011-2016.

No such complaint has been filed so far in the fourth stage of the investigation, he said, while declining to specify how many temples were under suspicion.

But a CCD source said laws had been broken at 29 temples, including several well-known temples not involved in earlier rounds of the probe, resulting in total losses to the state of Bt102 million.

The earlier stages uncovered graft amounting to Bt340 million in losses through misappropriation of funds for temple restoration and general development, for propagating Buddhism and for subsidising dharma schools.

The first phase of the investigation found 12 instances of corruption involving 10 suspects and losses of Bt61 million.

The second, covering 476 temples, opened 23 cases with 19 suspects and Bt140 million in losses.

The third, involving 10 temples and Bt140 million in losses, led to 11 corruption cases with 19 suspects – seven monks, 10 active and former NBO officials – of whom eight were accused in the first two phases – and two civilians directly involved in graft or with knowledge of it.

Those 11 cases were forwarded to the National Anti-Corruption Commission (NACC) in April.

NACC secretary general Worawit Sukboon said on Wednesday four of the cases involving three temples had been back to the CCD with instructions to proceed with prosecution. 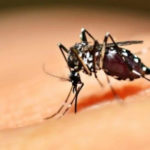