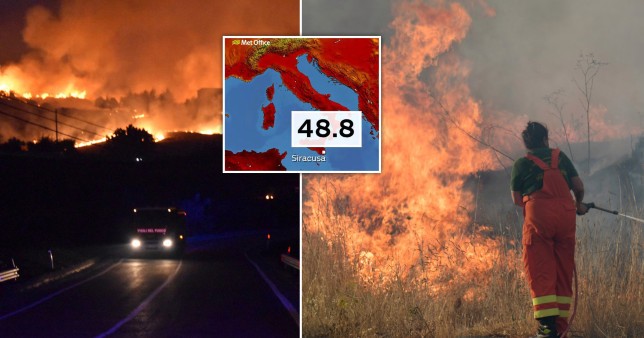 Italy looks to have smashed the European temperature record amid a heatwave scorching southern parts of the continent.

The near 50ºC heat recorded in Sicily on Wednesday comes just two days after a landmark climate study made dire warnings about the global environmental crisis.

The city of Syracuse’s new provisional record of 48.8ºC (119.8 Fahrenheit) would easily beat the previous continental high of 48ºC, which has stood from more than 40 years.

If confirmed by the World Meteorological Organisation (WMO) – which does not recognise the previous Sicilian high from 1999 of 48.5ºC – it will see the record set in Eleusis, Greece in 1977 finally tumble.

The blistering heat in the island off southern Italy follows weeks of wildfires and devastation in the region.

The unusually intense blazes – which experts say will only become worse and more frequent as the climate heats up – have laid waste to parts of Greece, Turkey and other neighbouring countries.

Italian firefighters said earlier on Wednesday that they had recorded 300 interventions in the past 12 hours, while a 77-year-old man died from burns sustained while trying to shelter his livestock in the countryside near Reggio Calabria.

The country is currently in the grips of an anticyclone dubbed ‘Lucifer’, which is forecast to push weekend temperatures up to 40ºC in the central regions of Tuscany and Lazio, which includes Rome.

A spokesman for Italy’s national meteorological service said Wednesday’s temperature in Sicily still had to be validated, while the WMO did not respond to requests for comment.

In a tweet, the UK’s Met Office wrote: ‘Today has provisionally seen the highest temperature ever recorded in Italy.

‘SIAS have confirmed that Siracusa in Sicily reached 48.8ºC earlier this afternoon and if verified by WMO, it will become a new European temperature record.’

Elsewhere in southern Italy, the anticyclone was forecast to send the mercury rising to 39-42ºC before sweeping northwards.

The heat has heightened fears of more fires, which have already blighted Sicily and the region of Calabria throughout the summer.

Many were caused by arson but fuelled by warm winds and bone dry vegetation.

Elsewhere in Calabria, fires are now threatening the Aspromonte mountain range, which UNESCO has designated an area of international geological significance.

Dante Caserta, WWF Italy’s deputy head, pleaded for air support and other resources to battle the fires, warning ‘or it will be too late, and we will lose forever a priceless heritage’.

Crops, homes and industrial buildings have also been destroyed by fires near the Sicilian capital Palermo in the Madonie mountain range, where many animals are also feared to have died.

Sicily’s governor, Nello Musumeci, called for a state of emergency to be declared for the mountains, while Agriculture Minister Stefano Patuanelli met local mayors around Palermo on Wednesday.

He said: ‘The fires are an emergency that need immediate responses, first and foremost with the relief that must be given to those who have lost everything.’

In Sardinia, 13 fires recorded on Tuesday after more than 50,000 acres acres of land burned last month in the west of the island, during the worst fires seen in decades. 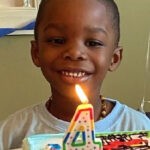 Boy, 4, drowns in lake while playing with friends 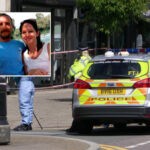 Two boys, 14, arrested after man stabbed to death in London