A TEENAGER who jetted to Britain to visit a boyfriend she met online had the perfect sightseeing tour – before being stabbed to death.

Canadian Ashley Wadsworth, 19, was found dead at a block of flats in Chelmsford, Essex, on Tuesday at around 4pm after concerned neighbours called police.

It’s understood the tragic teen from the small city of Vernon, Canada, had travelled to England in recent weeks to visit her boyfriend Jack Sepple.

During her trip, Ashley shared dozens of happy pictures on Facebook chronicling day trips with Jack to tourist spots.

Ashley shared loved-up selfies with Jack captioned “my bestie” and “Jack and I”.

In pictures shared on January 11, the couple have their arms wrapped around one another near Buckingham Palace and Big Ben in London.

Other pictures shared on January 18 by Jack’s mum show Ashley joined the family for a trip to the historic town of Rye in East Sussex.

A friend described her visit as the “trip of a lifetime”.

Cops confirmed they are not looking for anyone else in connection with Ashley’s death.

Police swarmed a housing estate in Chelmsford on Tuesday evening after receiving reports of a domestic disturbance.

Paramedics tried to revive Ashley but she sadly died at the scene.

On Wednesday, friends of Ashley posted tributes on Facebook to the teen.

Larissa Kontos, a friend of Ashley’s sister, described the teen as a “beautiful loving soul”.

Larissa wrote on Facebook: “She had a ticket for this Thursday to come back home to people who love her dearly.

“You will never be forgotten my girly. And I’ll miss you so much!”

Ashley’s aunt, Rosie Turcotte, wrote on Facebook: “I am so angry, sad and f***ing mad.

“Want to say so much right now, but mama always said if you have nothing nice to say, say nothing at all.

DCI Scott Egerton from Essex Police said: “I know that incidents like this will shock and sadden the community, but our initial enquiries show this to be an isolated incident and that there is no wider risk to the community.

“Currently, we are not looking for anyone else.

“We have a team of dedicated officers working around the clock to establish the circumstances which led to a woman losing her life.

“The investigation is progressing well, but we will remain on scene for a few more days whilst we continue to gather evidence and establish the facts.

“You may see officers in the area carrying out reassurance patrols and I would encourage anyone who has information that might help our investigation, to approach them and tell them what you know.

“They are there to listen to your concerns.” 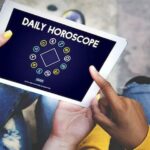 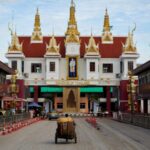 Thailand has reopened its border with Cambodia