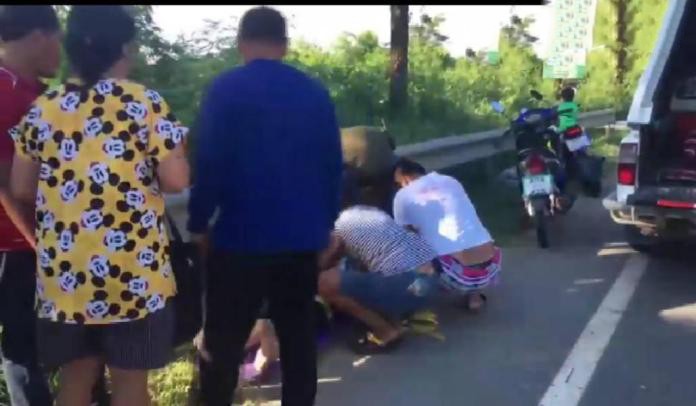 A young student on a motorbike, who was wearing a helmet, survived yesterday when a pick-up truck ran him over in the Panat Nikhom District following a collision with another motor vehicle.  Both drivers reportedly fled the scene following the hit and run accident.

Rescue workers and The Pattaya News arrived at the scene of the accident to find a slightly damaged blue motorbike lying on the Hua Tanon road.

Nearby, rescue workers found a 16 year old male student, whose name was withheld due to his age, who had sustained mostly only minor injuries. He was taken to a local hospital for a medical check-up.

Mr. Apiwit Kerdboon, 27, a rescue worker at the scene of the accident, told The Pattaya News that CCTV footage nearby appears to show that the motorbike driver had collided into the back of another vehicle that appeared to make a sudden stop. The collision caused the teenager to fall off his motorbike at which point a passing pick-up truck ran him over, causing minor injuries to his skull.  Mr. Apiwit credits the boy wearing a helmet for saving his life.

Meanwhile, Panat Nikhom Police are searching for both drivers involved in the incident as both fled the scene following the accident. 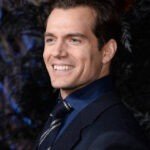 Henry Cavill Would ‘Love’ To Take On Role Of James Bond 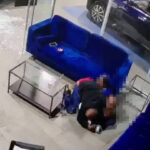