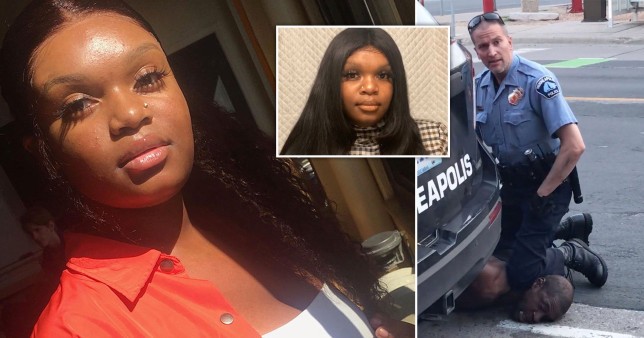 The Pulitzer Prizes have awarded a special citation to the teenager who filmed the murder of George Floyd in Minneapolis. Darnella Frazier, 17, was walking her nine-year-old cousin on Memorial Day 2020 when she saw four police officers arresting the black man.

The board of the Pulitzer Prizes, first presented in 1917, stated that Frazier won a special citation ‘for courageously recording the murder of George Floyd, a video that spurred protests against police brutality around the world, highlighting the crucial role of citizens in journalists’ quest for truth and justice’.

Frazier at the time had no clue of the international impact her cell phone video would have.

‘She had no idea she would witness and document one of the most important and high-profile police murders in American history,’ Frazier’s attorney Seth Cobin told the Star-Tribune.

‘If it wasn’t for her bravery, presence of mind, and steady hand, and her willingness to post the video on Facebook and share her trauma with the world, all four of those police officers would still be on the streets, possibly terrorizing other members of the community.’

Frazier did not seek to be a hero but rather ‘just a 17-year-old high school student, with a boyfriend and a job at the mall, who did the right thing’, Cobin said. He added, ‘she’s the Rosa Parks of her generation’.

During Minneapolis police officer Derek Chauvin’s trial, Frazier said she began recording Floyd’s arrest because she thought what she was witnessing ‘wasn’t right’.

Frazier testified that Chauvin knelt on Floyd’s neck harder as the crowd pleaded for him to get off the black man, and that he continued pressing even as paramedics tried to find a pulse.

‘I heard George Floyd saying: “I can’t breathe, please get off of me.” He cried for his mom and he was in pain,’ Frazier said. ‘It seemed like he knew it was over for him. He was terrified, he was suffering. This was a cry for help.’

A jury in April found Chauvin guilty of all charges against him – second-degree unintentional murder, third-degree murder and second-degree manslaughter.

The staff of the Star Tribune in Minneapolis won the Pulitzer Prize in the breaking news category ‘for its urgent, authoritative and nuanced coverage of the death of George Floyd at the hands of police in Minneapolis and of the reverberations that followed’. 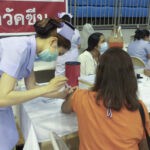 Registration for vaccination via app to resume from June 24 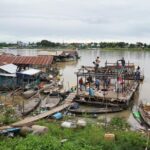