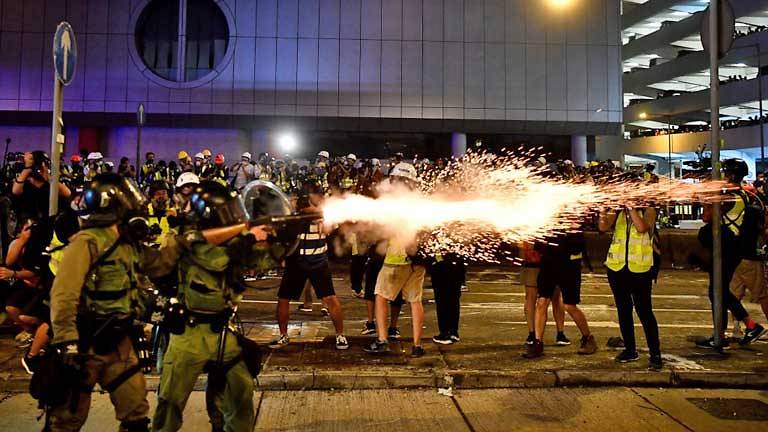 Hong Kong descended into chaos on Sunday (Jul 21) night as riot police fired tear gas and rubber bullets at anti-government protesters hours after China’s office in the city was daubed with eggs and graffiti in a vivid rebuke to Beijing’s rule.

Acrid clouds of tear gas wafted through the city’s densely packed commercial district as police battled masked protesters after another huge protest march, with seemingly no end in sight to the turmoil engulfing the finance hub.

A group of masked, stick-wielding government supporters also descended on a group of protesters in a train station, beating multiple people including reporters who live-streamed the assaults.

Hong Kong has been plunged into its worst crisis in recent history by weeks of marches and sporadic violent confrontations between police and pockets of hardcore protesters.

The initial protests were lit by a now-suspended bill that would have allowed extraditions to mainland China.

But they have since evolved into a wider movement calling for democratic reforms, universal suffrage and a halt to sliding freedoms in the semi-autonomous territory.

Tear gas and rubber bullets have become frequent while the city’s parliament was trashed by protesters earlier this month – as Beijing’s authority faces its most serious challenge since Hong Kong was handed back to China in 1997.

On Sunday tens of thousands of anti-government protesters marched through the streets, the seventh weekend in-a-row that residents have come out en-masse.

But the march followed a now-familiar pattern: a huge peaceful turnout followed by a night of running clashes with more hardcore groups. 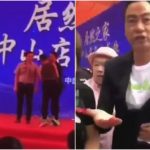