Enreeka Nalasco used Snapchat to meet Miami Beach middle school girls and then drove to their homes or neighborhoods to bring them vape pens and marijuana in exchange for cash or sexual favors, police say.

In at least one case, he raped a 12-year-old girl in his car at a gas station after offering her a vape cigarette for $25, according to an arrest report.

Nalasco, a 32-year-old who once worked as a substitute teacher at a Miami Beach high school, is now facing charges including sexual battery, human trafficking, using a computer and then traveling to meet a minor and contributing to the delinquency of a child.

According to police, school resource officers were first alerted to Nalasco in March when several girls at Nautilus Middle School were found with narcotics and electronic vape pens.

The girls told police they were getting the items from a man named Swaggy, according to the arrest report. They had made friends with the man through Snapchat, police said.

“The girls also disclosed that Swaggy was willing to accept sexual favors as payment,” an officer wrote in the report.

In one case, a 13-year-old, who had been suspended for having narcotics on school grounds, told police that Nalasco brought a vape pen to her Miami Beach home.

She added that Nalasco was “the main distributor for Nautilus Middle School students for marijuana and vape pens,” an officer wrote in the report.

Several other girls — all ranging in age from 11 to 14 — told similar stories. Some said that Nalasco would offer narcotics in exchange for kisses.

In another case that involved a 12-year-old, police say the girl met him once in the parking lot of a gas station in Miami Shores and bought a vape cigarette.

She called him again two weeks later for another one and when they met, police said he forced her into the back seat of his car.

He then forced her to have sex with him before kicking her out of the vehicle shortly thereafter, according to the report.

In 2018, Nalasco, who was substitute teaching at Miami Beach Senior High at the time, was investigated after reports surfaced that he contacted a student inappropriately through social media. He was subsequently fired, police said.

On Monday, Miami-Dade Public Schools said Nalasco has not been employed by the district since 2018 and cannot work for the district in the future.

“Miami-Dade County Public Schools (M-DCPS) is deeply disturbed by the troubling allegations made against this former employee,” the district said. 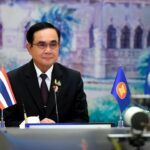 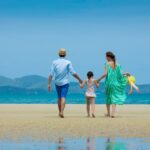 Security of Expat financial assets and passing on wealth without taxation.