Suchawadee 46 years old and Charlie 46 years old the parents of Ploy 16 years old, a student at a local school in Sisaket Province went to the hospital for a check-up after their daughter was beaten by a teacher who was the coach of the women’s football team at the school. The parents wish to take the case as far as possible as the beating left behind heavy bruises around Ploy’s hip area.

Suchawadee stated that she picked up her daughter from the school on 15 November 2019. She didn’t find out what had happened until 2 days later when the grandfather asked her if she knew that Ploy was beaten at school. She went to ask Ploy to show her the bruises. She cried because she felt so sorry for her daughter. At first, she didn’t know what to do, no one has hurt Ploy before.

The day that she found out was the same day Ploy had to go back to school. Suchawadee went to file a report with the Sisaket Police as evidence. She explained that her daughter moved to the boarding school that specializes in sports when she was in grade 8, she is now in grade 11. Ploy told her mother that on Loy Krathong Day (11 November) she sneaked out of the dorms for some food with another friend.

On 14 November, after football practice, the coach called her in and beat her with a wooden stick. Suchawadee went to talk with the principal who informed her that he would have a talk with the coach. Whether or not he gets punished is up to the school’s board. She felt better after the meeting and still wants her daughter to study at the school. The daughter also admits she broke school rules.

The principal stated that he heard about the incident on 18 November and found out who was the teacher who beat Ploy. The teacher is currently in another province taking other students to a competition. The teacher admitted on a call that he punished Ploy because she broke school rules. The principal ordered the teacher to return right away and to submit a letter explaining the incident within this week. 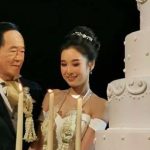 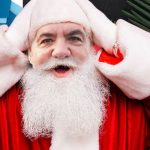 Christmas Meal in the Comfort of Harlan

Mark KellyFebruary 28, 2020
A male teacher and three women were arrested on charges of procuring girls aged under...
END_OF_DOCUMENT_TOKEN_TO_BE_REPLACED